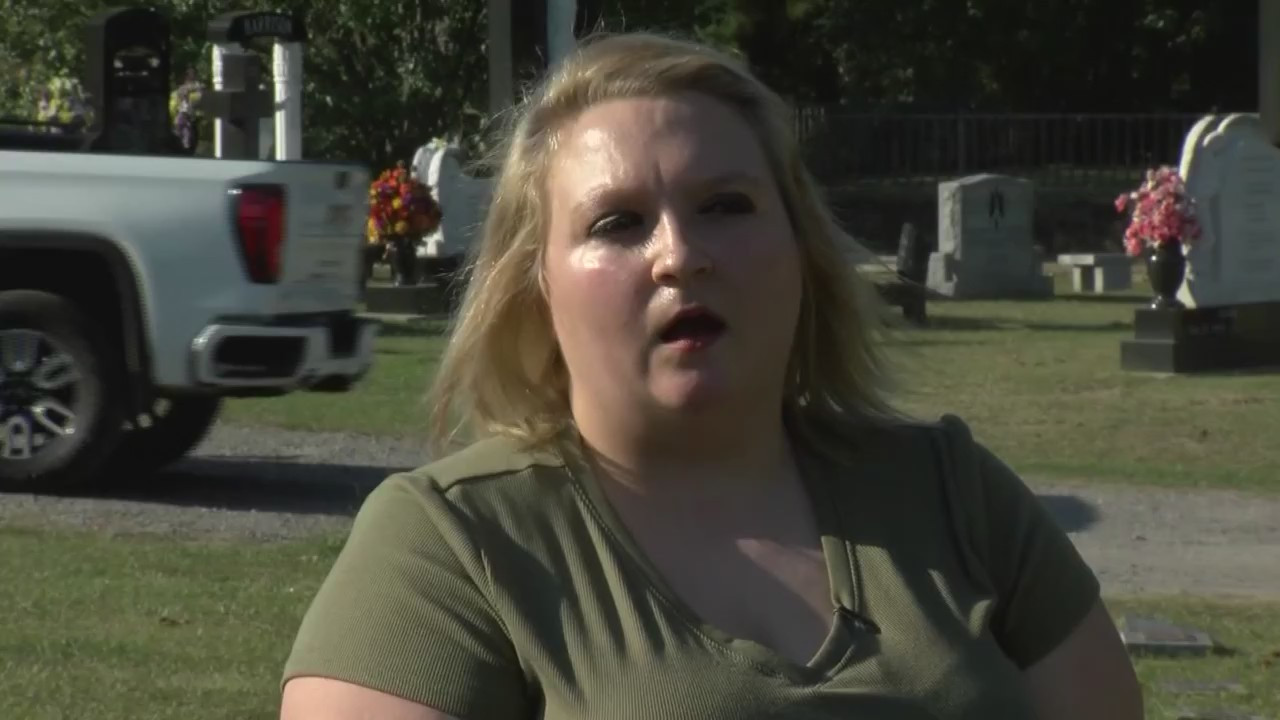 Pine Bluff, Arkansas– A mother is heartbroken and frustrated after she says her child was not buried properly at a cemetery in Pine Bluff.

She tells us it’s been a difficult few years after she delivered him as a still born, but the healing process she says has been made impossible knowing that he is buried just inches below the surface.

“I think about him everyday, wondering what he would be like– wondering if he and his brother would look alike,” said Dixon.

Dixon’s son was laid to rest at the cemetery in June 2017. She says a year ago when cemetery management placed his headstone, she could see the wood of her son’s casket sticking out of the ground.

“You can feel the hardness underneath– it’s not rocks,” said Dixon as she stuck a ruler in her son’s plot. “His headstone is literally sitting on top of his casket.”

Dixon says her son is buried two inches beneath the ground. She tells us it has been a battle with the cemetery’s management to get them to fix the problem.

“They did it, it was on their end, they should have buried him properly,” said Dixon.

We reached out to the cemetery’s management both on phone and in person. They declined to comment.

While Memorial Park Cemetery chose not to discuss their regulations at the cemetery, we reached out to multiple other cemeteries in the area who tell us anything shallower than 18 inches is not deep enough.