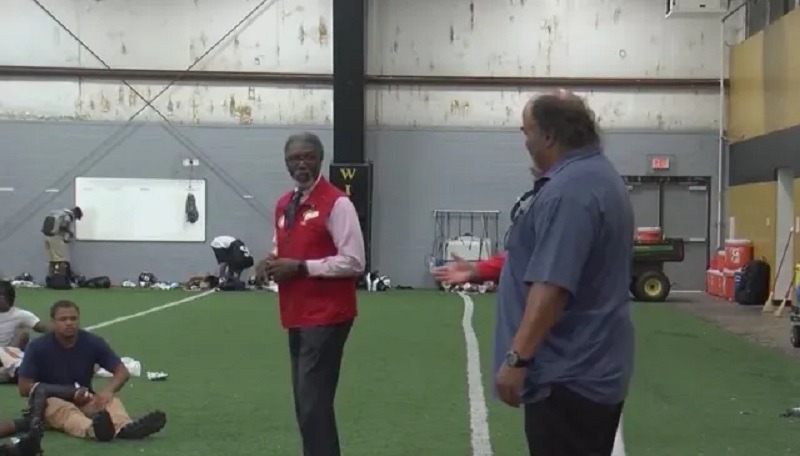 Pine Bluff, Arkansas – Since August 29 Pine Bluff hadn’t reported a homicide, but that changed Wednesday when a man was killed along with two others after being shot on South Elm Street around 2:00 a.m.

Jeffy Simmons, 60-year-old, has been identified as the victim. The two other men shot were transported to Jefferson Regional Medical Center.

This shooting is still under investigation so if you have any information, please call the Pine Bluff Police Department.

According to Reverend Jesse Turner, Executive Director of Pine Bluff Interested Citizens for Voter Registration, he is outraged by the homicides in the city.

Turner is aimed at reducing violence in the city with the Pen or Pencil program. “Pen stands for penitentiary and pencil stands for education,” he explains.

The program aims at motivating students and promoting non-violence and positive behavior. It’s working with the National Alliance of Faith and Justice’s Pastors on Patrol program where pastors have a presence on school campuses. “We try and be there for the kids and for the teachers. Interact with them, go to football games…”

The pastors even show up at practice. Turner met with the Watson Chapel Wildcats after practice to share a word of encouragement and to pray for them.

Watson Chapel’s head football coach Maurice Moody is concise about the violence in the city and making sure that his players don’t drift into that is a top priority. “I’m going to make sure I put guys around them that’s going to be inspirational to them,” said Moody.

According to Reverend Turner, the school administration reported a 33% reduction in violence on campus. The Watson Chapel Wildcats have a 1-and-2 record so far this football season. But coach Moody says the little wins, like the 33% decrease that matter.

Arkansas Museum of Fine Arts to reopen next year

Arkansas Governor to vote against legalization of recreational marijuana