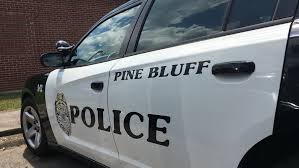 Police say they were called to 4101 S Olive Street which is near Jack Robey Junior High School around 9:15pm Tuesday.

When officers arrived on scene, they found a 16-year-old who appeared to have been shot inside a car.

The victim died at the scene.

Police do have a 17-year-old in custody. The teen is facing Capital Murder charges.

Due to the ages of both the suspect and victim, police have said they will not release any names.