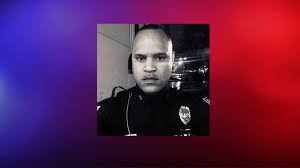 LITTLE ROCK, Ark.  — Pine Bluff police arrested a man in connection to a homicide that happened on Monday.

Officers were called out to the 7300 block of Rosswood around 1:40 p.m. in reference to an armed disturbance. When officers arrived on the scene, they found Cedric Sloan, 39, with a gunshot wound.

Sloan was transported to an area hospital where he was later pronounced dead.

Kimble was being held in the Jefferson County jail.