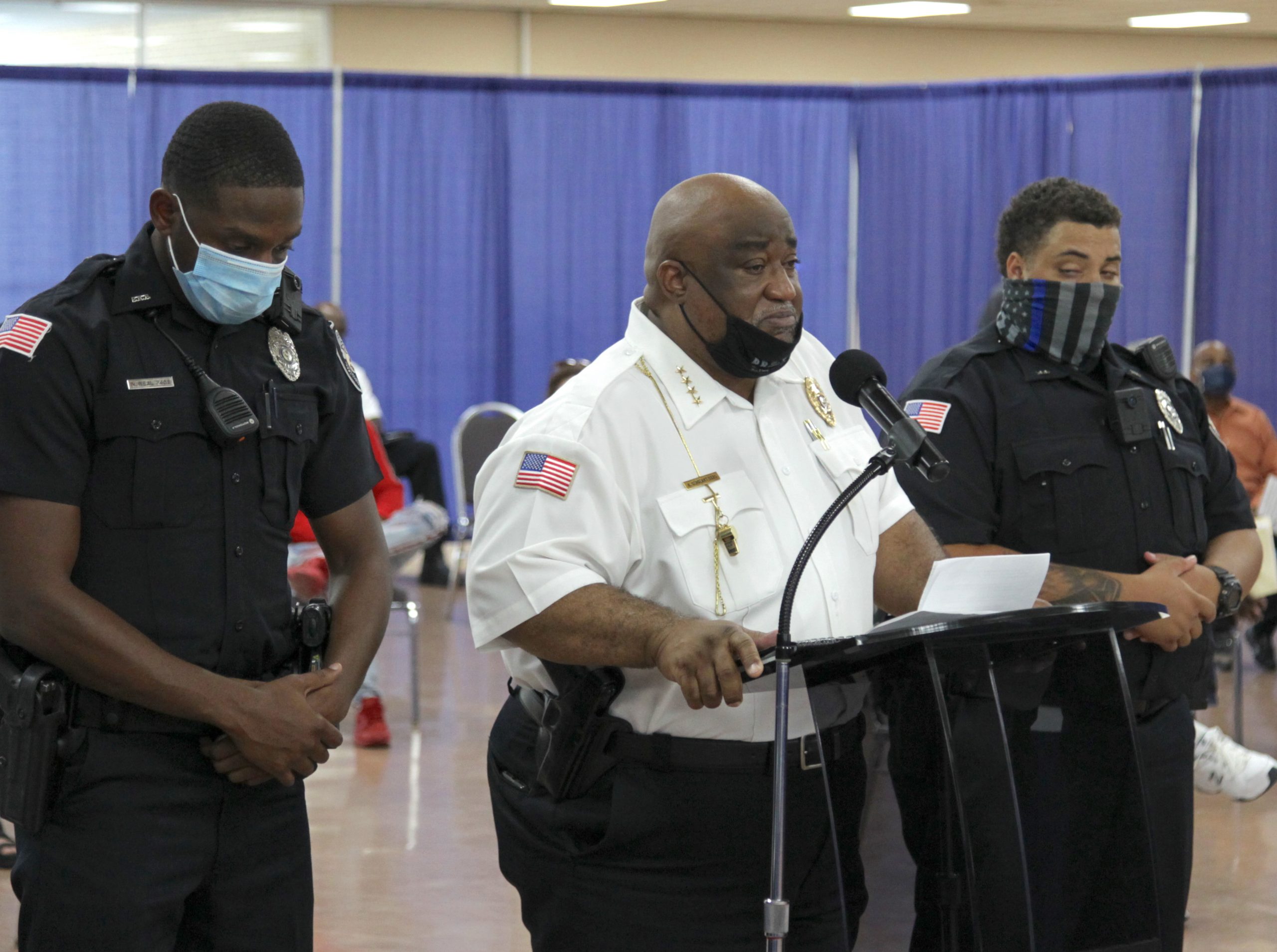 According to a press release attributed to Mayor Shirley Washington, the city appreciates Kelvin Sergeant’s service to the community and wishes him well in future endeavors.

Assistant Chief Ricky L. Whitemore will oversee the daily operations of the department until an interim chief is appointed, reported the Pine Bluff Commerical. “Ensuring the safety of Pine Bluff is among the city’s greatest priorities and responsibilities. Under new leadership, the department will work diligently to fulfill this critical objective,” the press release reportedly said.