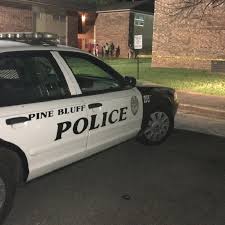 Officers responded to a welfare check in the 100 block of Talbot Ave. around 2 p.m., according to a press release.

When police arrived at the scene, they found an unresponsive man lying inside the residence, who was pronounced dead at the scene.

Anyone with information on the incident is asked to call the detective division at 870-730-2090 or dispatch at 870-541-5300. The police department reminds the public there is a reward for information that leads to the arrest and conviction of a suspect or suspects.