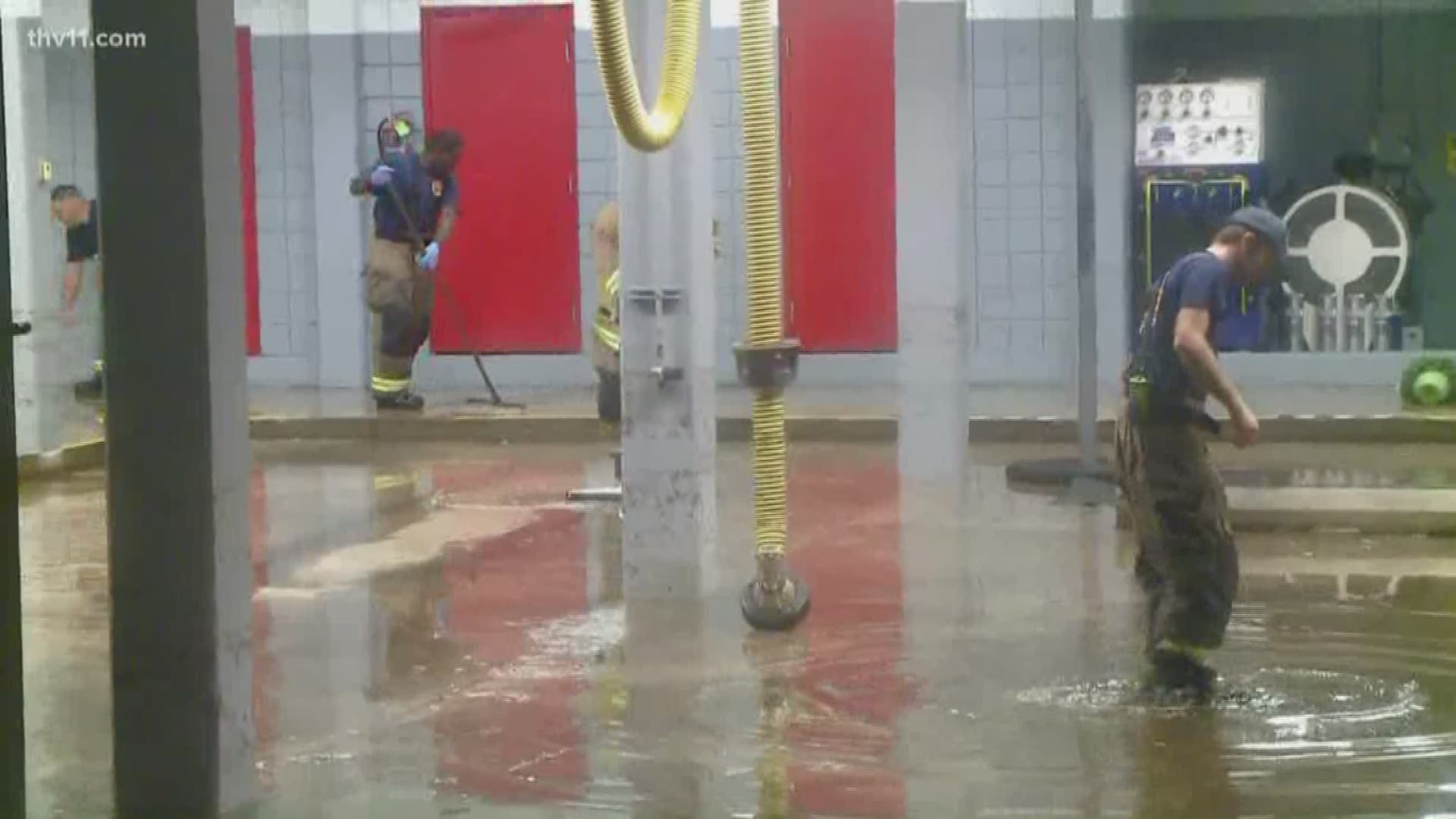 Police said the public safety complex, which holds the main police station and fire station, along with City Hall were “under water.”

They advised the public to stay away from downtown.

According to Pine Bluff police, the ground floor of the building houses the police department ‘Patrol and Traffic Enforcement Division’ and business office. The other departments located upstairs were not damage.

A spokesperson estimates it will be sometime next week before they can get an estimated cost for repairs.

Fire Chief Shauwn Howell said the ground level of the public safety building has extensive damage, including computers and furniture.

He said the building was renovated several years ago and has flooded since then, however, this is the worst it’s flooded.

Howell said no fire trucks were damaged, and firefighters are working to clean out bays so they can move the trucks back in.

Water is reported to have reached between 3-4 feet.