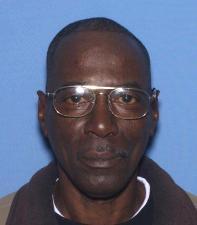 Tyray Drones who was wanted for shooting and robbing the liquor store clerk in Pine Bluff last night was arrested this evening shortly after 6:00 PM.

The Pine Bluff Police Department is asking the public for help in locating Tyray Antwon Drones.  Mr. Drones is wanted for Aggravated Robbery and 1st Degree Battery.  On 01/23/2019 shortly after 10:00 p.m.

Mr. Drones entered a liquor store at 3115 S Olive Street.  He shot the clerk in the leg before leaving the store with an undisclosed amount of money.  During the investigation Mr. Drones was identified using the stores surveillance camera system.

Mr. Drones is 40-years-old, about 6’-02” in height, and weighs about 220 pounds.  His last known address is in the 6000 block of South Cedar Street in Pine Bluff.  He also goes by the name Tyray Bullard, and may be driving a teal colored GMC Yukon.

Mr. Drones is to be considered armed and dangerous.  Anyone with information concerning Mr. Drones’ location is asked to contact the Detective Division at 870-730-2090 or dispatch at 870-541-5300.