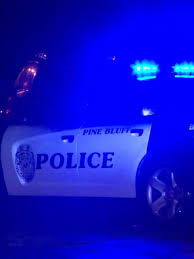 Officers were called out around 8 a.m. Friday to the 100 block of Larch Street in reference to some gunshots. When officers arrived on the scene, they found Corey Walker, 45, unresponsive inside a vehicle with a gunshot wound to his chest.

Walker was pronounced dead on the scene.

Police said his body was sent to the Arkansas State Crime Lab for an autopsy. That autopsy revealed the wounds were self-inflicted and the death was ruled as a suicide.

Pine Bluff police originally reported the death as a homicide.