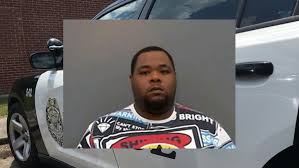 Pine Bluff, Arkansas – A suspect in a fatal shooting has been taken into custody and faces a capital murder charge Monday afternoon, according to Pine Bluff police.

Officers were called to the 4300 block of Burnett Street around 11:50 p.m. Friday in reference to someone being shot. They found Steven Carter, 51, with gunshot wounds. Carter was pronounced dead at the scene.

Iman Jackson,31, of Pine Bluff, has been booked into the Jefferson County jail. Authorities say this was the city’s 18th homicide this year.