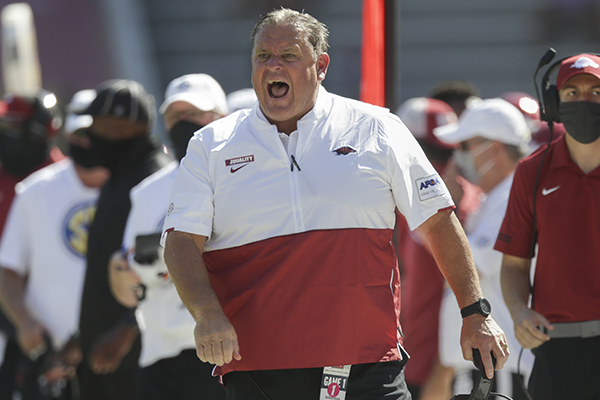 If there was an overarching theme to Sam Pittman’s press conference on Thursday – his first since the Texas Bowl was canceled in December – it was recruiting. That was the driving force behind the new hires on his coaching staff, as well as the reason he wanted to play the Missouri games in Fayetteville.

“Arkansas State, we’re excited to have them scheduled. I want to be the head coach when we go down there,” Pittman said, one day after the historic announcement that the two schools would play for the first time in 2025. “And we’re excited to continue our relationship with Little Rock. I think that’s a wonderful thing down there and we’re looking forward to playing Pine Bluff down there this year.”

Asked for his take on the future of games in Little Rock, however, Pittman deferred to Athletics Director Hunter Yurachek.

“We’ll see how it goes. I’m not the know-all of whether we should play five games over there or one game. I’m just a football coach. I just knew that going over and playing an SEC school, I felt like it would hurt our recruiting because we couldn’t see the players.”