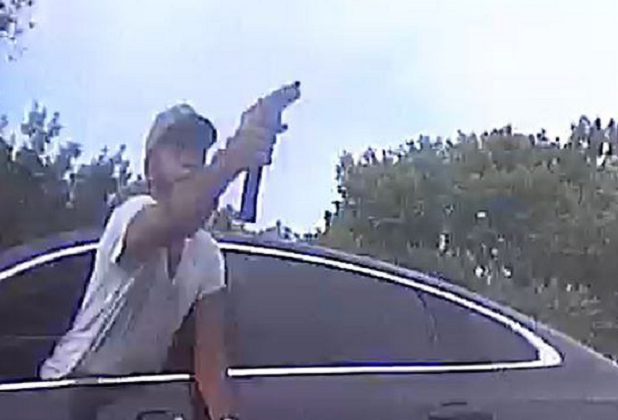 Authorities are asking public’s help in identifying and locating the suspect who opened fire on Interstate 55 in northeast Arkansas.

According to Crittenden County Sheriff Mike Allen, the shooting took place on July 2nd when the suspect parked his car on the side of the highway and for still unknown reason fired multiple shots to passing semi-truck. The incident happened near the Memphis-Arkansas Bridge over the Mississippi River, known as the “old bridge.”

Luckily, the semi-truck driver passed the shooter and remained uninjured.

Initially, the shooting was reported in Tennessee. However, it was later reported to Arkansas authorities when the trucking company reviews the surveillance video.