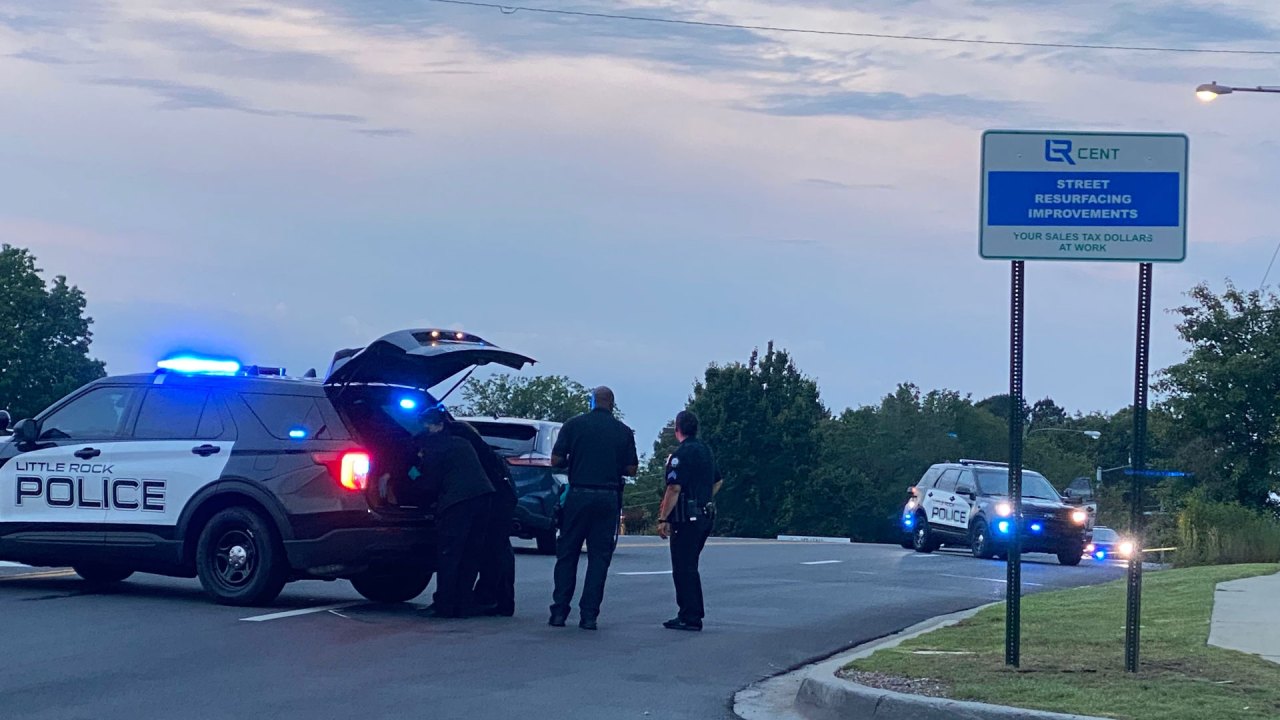 An encounter with a motorist early Saturday left a Little Rock police officer with minor injuries and a driver hospitalized with a gunshot wound, according to Police Department authorities.

Officers were called to Cleveland Street just after 4 a.m. to investigate a report of a man driving a vehicle without the owner’s consent, Police Chief Keith Humphrey said at a news conference Saturday.

Humphrey said officers found the vehicle in a driveway with a man inside. They initially approached the vehicle from both sides, and one of them asked to see the driver’s proof of ownership.

The driver became agitated, and the officers “then tried to deescalate the situation,” the chief said. “But the driver grew more aggravated and was then asked to exit the vehicle.”

The officer on the passenger side made his way around the vehicle to help remove the driver, and at that point the driver shifted the vehicle into gear, Humphrey said. The officer reacted by drawing his weapon, the chief said.

“Meanwhile, the driver simultaneously attempted to close the door, and the officer’s hand and weapon became lodged in the door.”

A gunshot was fired as the officer attempted to free his hand, Humphrey said, adding that the officer was dragged 15-20 feet before he could break free.

The vehicle sped away and was found crashed a short distance away with the firearm still in the vehicle and the man shot in the leg, Humphrey said.

“The officers’ training kept them alive, as well as the driver,” he said.

Police Department spokesman Sgt. Eric Barnes said Saturday evening that the driver was in critical but stable condition in a hospital.

None of the individuals involved in the incident were identified.

Humphrey said an internal and criminal investigation was underway, and he could not comment further until it concludes.