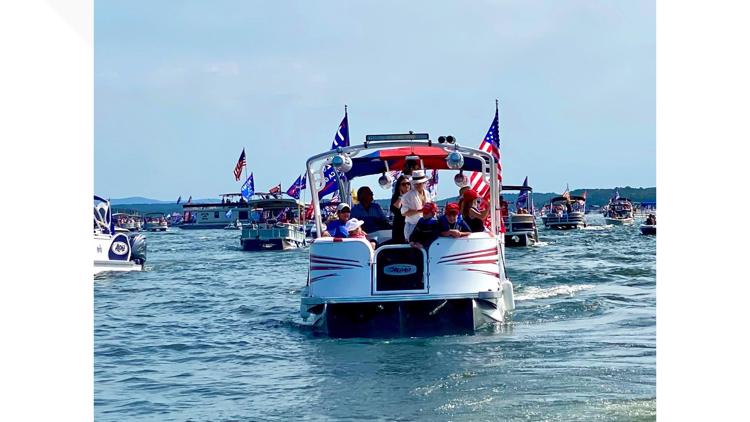 Black received a request from the Trump team to get as close of a number as possible on boats and spectators participating at the Saturday (Sept. 5) boat parade.

On Labor Day, Sept. 7, Black posted, “The morning of the parade, I texted Congressman Mullin. I had been updating him daily on the boat numbers. He sent it straight to President Trump’s right-hand man. We knew the numbers were big and would continue to grow daily. My big announcement the day of the parade, which was very hard to hear, was that one hour before the parade, I had an official request from The Trump Team to get as close of a number as we could get on boats, spectators, etc. This morning I sent the Congressman the Google doc numbers. This parade will break records!

Black reported 3,522 boats and 15,396 participants were at the Lake Eufaula Trump Boat Parade.

“The number keeps going up as people who do not know about the Google doc find out and add their number,” said Black. “Those are the official numbers I reported this morning (Sept. 7) to the Trump Team.”

“Everyone who participated should be proud of their part in the biggest Trump Boat Parade yet! Thank you all,” wrote Black.

Brent Franklin shared this live video to the event page, writing, “In all my years living near Lake Eufaula, I’ve never seen this many boats on the lake at one time. It was insane. Water got really rough a few times, but other than that it was perfect. One thing that stood out more than anything yesterday was the friendliness from EVERYONE on the water. Lots of laughs, hooping and hollering and not a negative thing said the whole day. Great job Eufaula, Oklahoma. Makes me proud. U.S.”