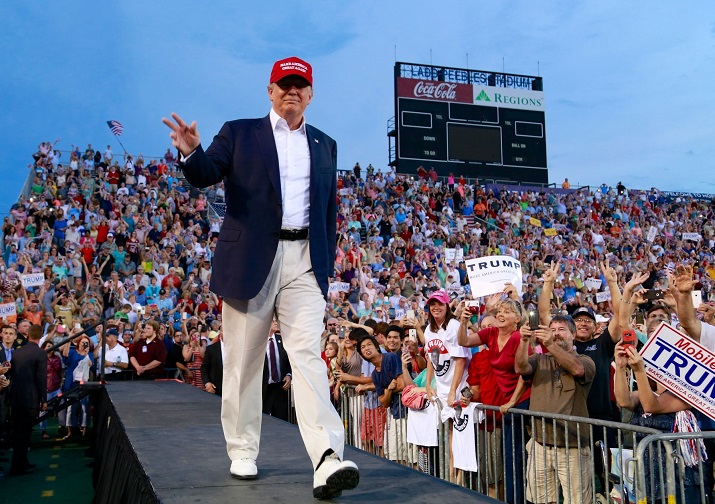 The biggest Trump rally event since leaving the office, this is how Donald Trump and his fellow GOP members were promoting Saturday’s rally in Alabama. The latest rally was another proof that Trump really holds up his voters’ base despite losing the latest presidential Election.

Although some of the attendees were disappointed that Trump didn’t announce something big as some claimed before the start of the rally, this was another great opportunity for Donald Trump to entertain the public amid the latest Covid-19 surge.

Alabama Congressman and U.S. Senate candidate Mo Brooks was one among the few who took part with a speech in the rally. The crowed couldn’ believe what they were hearing when he urged them to move past disputing the 2020 presidential election results and “put that behind you,” and “look forward.”

As expected, Brook and Trump continued with their well-known “false claims” narrative from the very beginning and we should probably be aware that this won’t change until the next Election in 2024 regardless if Trump will run for president or not.

And that’s the reason why Brooks’ latter request came like a storm to the attendees when he asked them to forget the past and move forward.

Boos began to echo from the crowd. Brooks continued, for a while.

After the crowd continued to object, Brooks began to soften his stance.

Numerous videos appeared on Twitter from GOP supporters as well as reporters who were also attending the Saturday’s Alabama event.

Although for the Democrats and their supportive media latest Trump rally was just another ordinary Trump show-off, it looks like that Donald Trump is very serious in announcing new presidential run and we are getting closer when he will officially announce that coming!

Latest poll shows that majority of people think won’t be able to finish his White House term, but also find Harris incapable of running the country in case Biden leaves