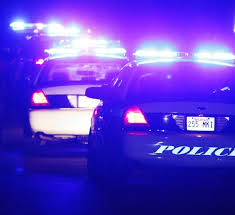 Pine Bluff, Arkansas – People in Pine Bluff are reacting after 7 people were shot over the weekend.

“People shouldn’t be beefing like that, we have enough negativity already as a city,” Chris Purley, who lives in the neighborhood said.

The shooting happened on 28th Street at a gas station. Police are still investigating and asking anyone with information to come forward.

A video of the incident has gone viral, showing the moment that the gunshots sounded like rapid fireworks.

“I was so shocked to find out so many people got shot behind that resident,” said Sandra Terry.

Terry saw the aftermath of the shooting and she is one of the many who we talked to on Monday, saying she’s shocked.

“It was a wet spot of blood, by the entrance of the door, and then there was a ladies shoe by the door,” Terry said. “I didn’t know exactly what was going on.”

Terry said she ran to the store for a quick errand and just missed the shooting.

This all happened at the Exon gas station on 28th Street. Police said a witness told them there was a large crowd in the parking lot and loud yelling turned into gunshots.

Monday you can see some of the bullet holes on the wall at Wendy’s, they’re scattered from there to the gas station. One native said this has become a hot spot for people to hang out at.

“Saturday’s… nights, before they go to the club or after they come from the club they’ll come here,” Purley said. “Like maybe someone would get into it like fighting but they would never end up shooting.”

Police said no one died and the extent of injuries are unknown. Peary said it’s sad to see this happen to a business he loves coming to.

“It startled me, I was so concerned, because I’m like these my people over here, like a relative, someone I went to school with. Unnecessary violence is going on,” Purley said.

Meanwhile, the Jefferson County Sheriff’s Office set up a tower to keep an eye out on the area starting Monday.

Terry said she hopes the city can put a stop to anymore crime.

“I wanna be able to come outside and not be afraid that something is going to happen,” Terry said.