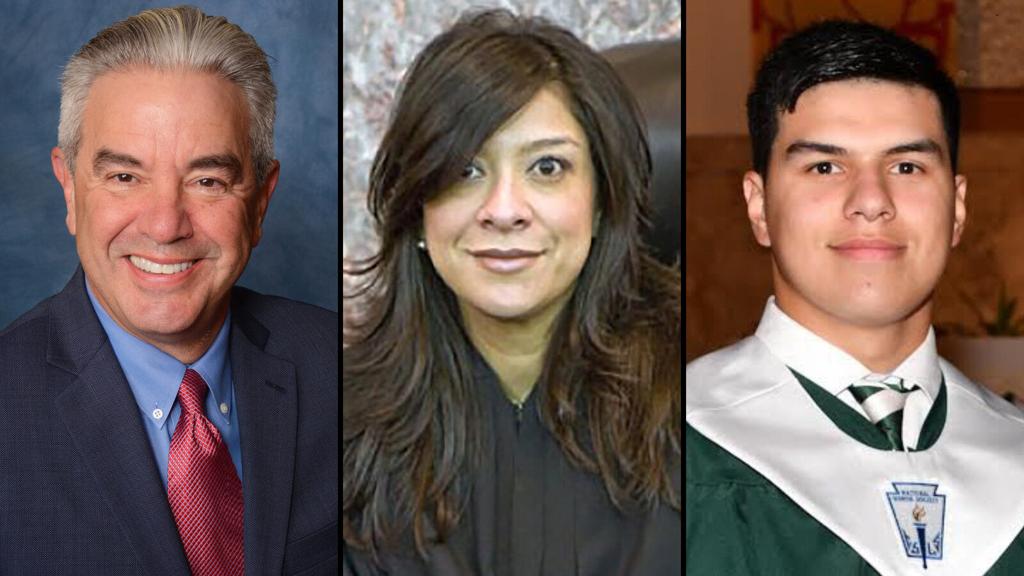 (NEW YORK) — Roy Den Hollander, whom the FBI called the “primary subject” in the shootings at Judge Esther Salas’ home in New Jersey may have been targeting at least one other female judge.

After investigators searched the car in which Hollander was found dead of an apparently self-inflicted gunshot wound they also discovered the name and photo of New York State’ Chief Judge Janet DiFiore, her spokesman told ABC News.

“We were alerted that her photo and name were in his recovered effects,” said the spokesman, Lucian Chalfen, conforming a detail first reported by the New York Times.

Hollander is suspected of shooting and killing Salas’ son as well as her husband in an attack at the family’s New Jersey home on Sunday night. He allegedly wore a face covering and a FedEx uniform, law enforcement sources told ABC News, and he used an ordinary car to make a getaway. Salas’ husband, Mark Anderl, is alive and recovering at Robert Wood Johnson Hospital in New Brunswick, New Jersey.

Hollander’s body was discovered in a car by a municipal employee in the town of Rockland, New York. He died of an apparently self-inflicted gunshot wound, the sources said. New York State Police were on scene and the FBI was called.

Meanwhile, the FBI is also investigating whether Hollander may be connected to the death, in California, of another attorney who also describes himself as anti-feminist, Mark Anglelucci, according to law enforcement sources.