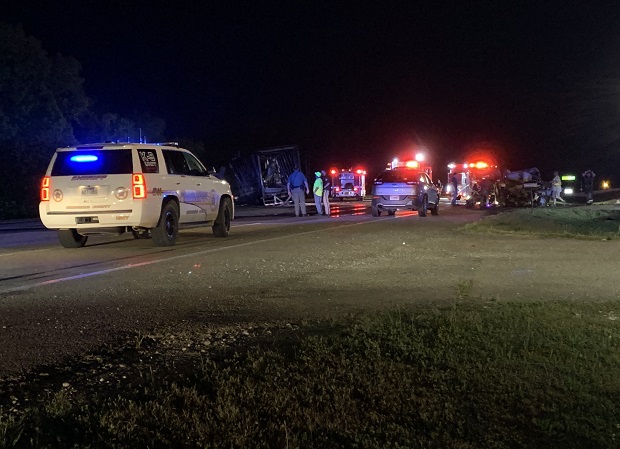 Arkansas State Police said that two vehicles were involved in the crash.

A minor was southbound when their Chevy Silverado crossed the center turn lane and into the path of a northbound 2015 International tractor-trailer driven by Damon Turner, 44, of Memphis, striking it head-on.

As a result of the crash both vehicles burst into flames.

Crews were on the scene to investigate the crash. All lanes were fully opened Sunday early morning.

Drop of new and active COVID-19 cases in Arkansas