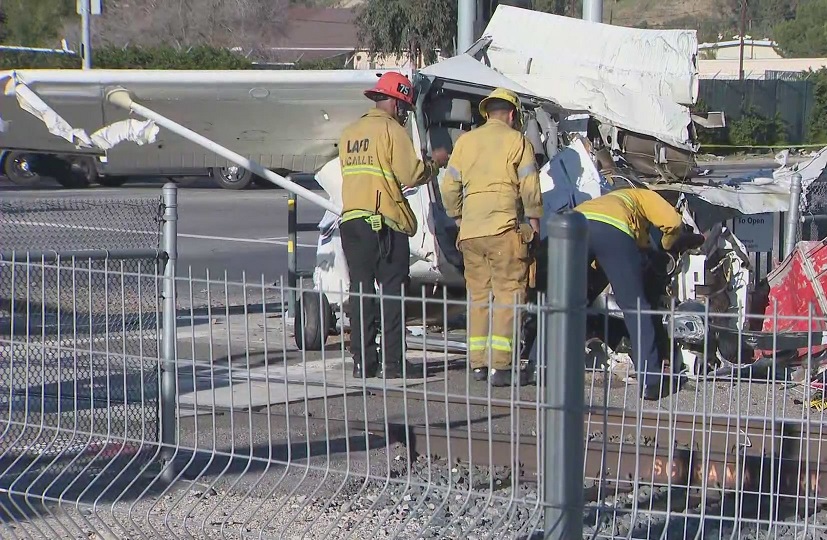 Police footage shows police rushing to pull the severely injured pilot from his plane, which crashed into a railroad track on San Fernando Road and Osborne Street. Just seconds after pulling out the bleeding pilot, the train can be seen dismembering the aircraft.

Police and the pilot were just a few meters from the track when a passing train shattered the plane.

“The plane failed to take off and land on the railway junction at the intersection,” said Luis Jimenez, 21, who recorded the video. “Just seconds before the collision, the police rescued the pilot, and a piece of debris almost hit me.”

A video posted by the Los Angeles Police Department on Twitter shows police pulling a bleeding pilot out of a plane.

The department praised its staff in a tweet that “showed heroism and swift action, saving the life of a pilot who was forced to land on the railroad.”

Foothill Division Officers displayed heroism and quick action by saving the life of a pilot who made an emergency landing on the railroad tracks at San Fernando Rd. and Osborne St., just before an oncoming train collided with the aircraft. pic.twitter.com/DDxtGGIIMo