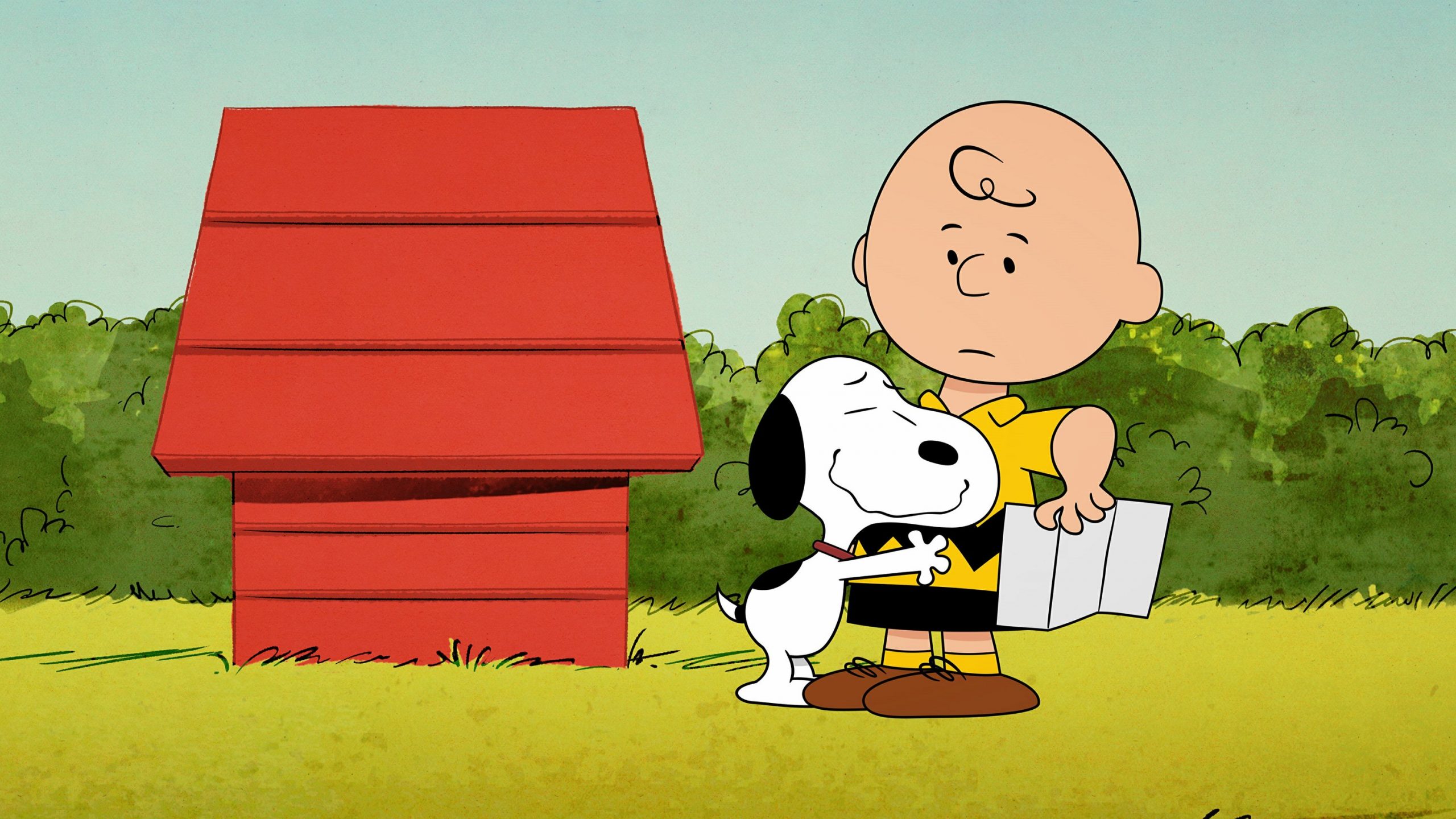 NEW YORK — “Peanuts” star Snoopy is famous for being a highly imaginative dog, liable at to go off on loony flights of fancy. But, it turns out, his world has some strict rules.

No adults can be heard there, just trombones. No technology past the 1970s can be used. And under no circumstances may the inside of Snoopy’s doghouse ever be shown.

Creators of the new animated series “The Snoopy Show” had to learn and respect all the rules as they crafted stories for Apple TV+ that were true to the original strips and various previous shows.

“I think the rules have actually made the story so much stronger, to go, ‘How do we play in the sandbox?’” says Stephanie Betts, an executive vice president at media company WildBrain. “And actually, we realized it was so much wider than you can even imagine.”

The series, which debuts Friday, consists of three seven-minute vignettes per 23-minute episode. They are mined from the almost 18,000 strips cartoonist Charles M. Schulz left behind.

It’s an enchanting and endearing show; we see Charlie Brown overcoming his nerves at speaking in front of his class, and an epic game of tag between Snoopy and Rerun that leads to mild injuries and laughter.

Adults will recognize the classic visual style and the world they read as kids: Kites still get eaten by trees, Lucy’s psychiatric booth still costs a nickel and Snoopy keeps flying missions on his doghouse.

“There’s something to the timelessness of Charles Schulz’s drawings,” said Mark Evestaff, showrunner and an executive producer. “I feel like this is the kind of show that we need now.”

The series’ writers were each given a large red volume — nicknamed “the Snoopy Bible” — that contained Snoopy-centric strips, and were told to use them for inspiration.

“It was like, ‘How do you build on what he was trying to tell the audience in four strips?’ We get seven minutes,” said Betts.

If the writers were intimidated, so were the artists, many of whom revere “Peanuts.”

“One of our storyboard artists would get nervous every time they had to draw Lucy’s psychiatry booth, just because it was this heritage thing and there’s so much weight. Everyone’s a little bit terrified,” said Evestaff.

One obstacle was that Woodstock and Snoopy in the strip communicate their feelings through thought bubbles, something that doesn’t work in a show.

That meant the artists had to rely on sounds, pantomime and a variety of expressions for the two characters, who yelp, cry, titter and gulp with powerful emotion. They’re aided by a jazzy score by Jeff Morrow.

“The Snoopy Show” is a refreshing addition to a children’s TV landscape that is full of superheroes and cute shows where resolutions are predetermined. The world of “Peanuts,” on the other hand, explores failure and frustration.

“We do have these characters that have real problems and things don’t always work out. And they deal with issues of rejection and failure. Those are things that our kids deal with, too,” said Evestaff. “I think if you were to pitch a show like this today, it would be a very difficult sell.”

The show still allows Snoopy to have his heroic flights of fancy — becoming the famed arm-wrestler Masked Marvel, hipster Joe Cool or the dogged World War I Flying Ace behind enemy lines.

“Charles Schulz always said he felt most like Charlie Brown — he couldn’t always kick the football, he wasn’t always the winner. So Snoopy gave that outlet to dream a little bigger,” said Betts.

“Peanuts” made its debut Oct. 2, 1950. The travails of the “little round-headed kid” Charlie Brown and his pals eventually ran in more than 2,600 newspapers, reaching millions of readers in 75 countries.

Other Peanuts projects that have been launched by Apple TV+ include “Snoopy in Space” and “Peanuts in Space: Secrets of Apollo 10,” both of which were nominated for Daytime Emmy Awards, with the latter winning.

One of the more intriguing aspects of “The Snoopy Show” is that it shows the first time Charlie Brown met Snoopy, as well as the first time the beagle ever encountered Woodstock.

Snoopy is shown as a lonely puppy inside a barn — the last of the litter to be adopted — when Charlie Brown walks in and hands him a bone, telling him they’re going to be best friends.

But the Snoopy-Woodstock introduction is anything but meet-cute. The original strip showed the bird falling onto Snoopy’s lap; the series shows a tense and competitive meeting that eventually ends in friendship.

The rules of the show — no cellphones, computers or adult human voices — keeps the kids in their hermetic world and forces them to make their own decisions.

As for the inside of Snoopy’s doghouse — from which he drags out a pool table, a Vincent van Gogh painting and a swimming pool, among other massive items — leaving it unseen keeps imaginations wild.

“It makes the writers, the directors and all the artists have to be a little bit more clever in terms of how they approach a scene,” said Evestaff. “I think it makes for a stronger show.”