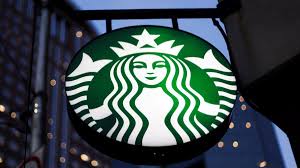 Starbucks will increase wages for the majority of its staff starting next month, the company confirmed to ABC News on Thursday.

Beginning Dec. 14, all baristas, shift supervisors and cafe attendants hired on or before Sept. 14 will see a 10% pay increase. Those who have been with the company for more than three years will see an 11% pay increase.

The new investment also includes a 5% increase to all starting rates to attract and retain new talent as well as an increase to the premium it pays above minimum wage in every market.

Jory Mendes, a Starbucks spokesman, told ABC News that the company has been a leader for nearly 50 years in providing “industry-leading benefits with a total compensation approach that is best-in-class for both part and full-time employees.”

“Continuing in that tradition, this announcement is the next phase of the company’s commitment to ensuring the well-being of partners with one of the most significant investments to hourly pay in the U.S. in the history of the company,” Mendes added.

Mendes noted that this news was communicated to Starbucks employees earlier this month. The raises are only for U.S. company-operated stores.

The move comes as advocacy groups across the nation have pushed for a federal $15 minimum wage, something President-elect Joe Biden has said he supports.