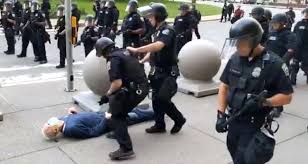 The concept behind Assembly Bill 767 had already moved through the Assembly this legislative year. But the aftermath of the George Floyd killing while in police custody generated new urgency, so new language was added and now both houses will consider passage.

“Victims of police violence are never seen as victims,” said Tinisch Hollins, of Californians for Safety & Justice, a sponsoring group.

She says that burden falls unevenly on communities of colour. On the day a California senate committee begins considering a bill to change who’s eligible for the state’s restitution fund, a virtual press conference pushing for change. Proponents of Assembly Bill 767, along with advocates and relatives of those slain by police spoke up in support.

“This is a nation is grappling with its oppressive past, and the lingering effects,” said Asm. Tim Grayson, (D) Concord.

Remains of 7 Marines, sailor who died in training accident recovered