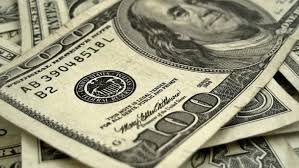 The Department of Finance and Administration said the state’s net available revenue in August totaled $485.5 million, which was $36.5 million more than the same month last year and $41 million above forecast.

The state’s net available revenue for the fiscal year that began July first totals $1.1 billion, which is nearly $94 million above forecast.

Corporate income tax collections in August were below August 2019 numbers and below forecast.

CDC tells Arkansas to prepare for COVID-19 vaccine by November