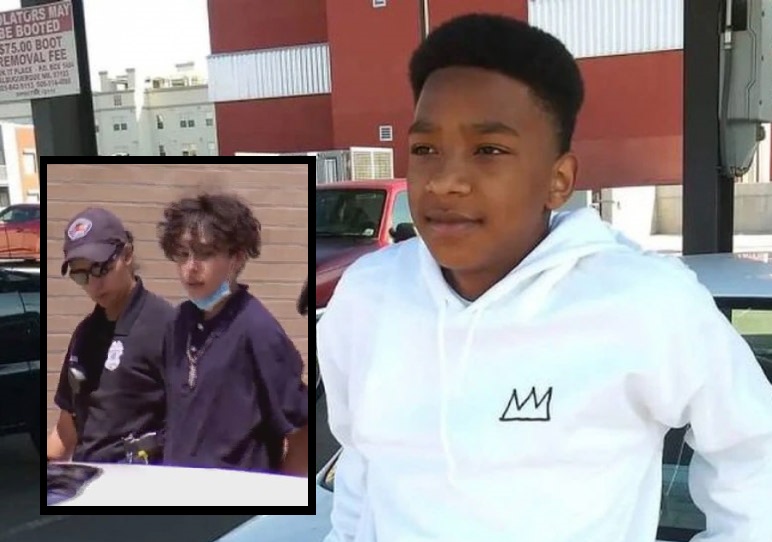 While many states are still considering if they should implement mask mandates in schools, the situation with school fights is slowly getting out of control and this case is just another proof that the number of violent students is on the rise.

According to police reports, an eighth-grade student will probably spend the next few decades behind bars after shooting to death another student following a student fight at the school yard on the lunch break.

Despite the fact that the student’s lawyer asked the court not to take the student into custody knowing his mental health condition, that request was not taken into consideration and the student will wait the start of the court process behind bars.

Police said the incident happened on the third day of the new school year in New Mexico, when a fight between the students occurred on the lunch break. The 13-year-old suspect was identified as the Juan Saucedo Jr and he allegedly took a gun out amid the fight in the school yard and shot his classmate to death.

According to Amari Asbury, who is eighth grade in the same school, several students were fighting when one of them took a gun out and shot another student.

“He brought out the gun, cocked it and all you hear is boom, boom, boom,” Asbury said. “Everybody just starts running.”

Officials say a school resource officer was able to intervene and “de-escalate the situation” by herself. She subsequently detained the 13-year-old boy, identified as Juan Saucedo Jr., who allegedly fired the gun.

The victim has been identified as the 13-year-old Bennie Hargrove. Despite the fact that this is very tragical incident, authorities are happy that no other students were injured in the incident knowing the fact that tens of them were at the yard when the shooting occurred.

Few days after he was arrested, the suspect was brought to his first court hearing at the Children’s Court since the incident. His lawyer said that the boy was suffering mental health condition and she asked the court to release him home in order to receive proper mental health counseling.

However, the judge denied the request since the prosecution argued that the suspect would be a danger to society and himself and he was left behind bars.

“I’ve considered all the information and heard everything you have said here today, at this time I am going to hold the child, the child poses a substantial risk of harm to others. I can’t overlook the allegation of this case,” the judge said.

According to reports, the shooter was a 9-year-old when he witnessed his father shoot someone. The incident happened in 2018 as Saucedo Jr. reportedly sat in his mother’s vehicle as his father pulled out a gun and starting shooting victim Alex P. at a high school. The victim survived after being shot in leg and hand.