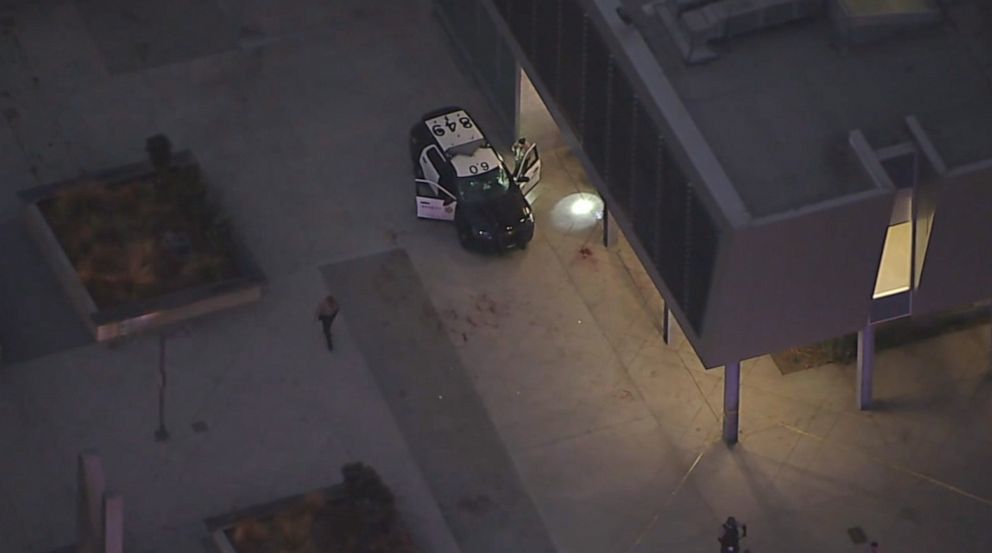 Murray has been in custody since Sept. 15, when he was arrested following an alleged carjacking and a 10-hour standoff with police in the Lynwood section of Los Angeles, sheriff’s officials said. But when he was arrested, sheriff’s officials told reporters that Murray was not the suspect in the shooting of the deputies and that the search for that gunman, which prompted a reward that soared to $675,000 with private donations, was ongoing.

During a news conference on Wednesday, sheriff’s officials faced numerous questions about why they initially ruled out Murray as the ambush suspect. Officials claimed that at the time of Murray’s arrest they didn’t know for sure he was the alleged gunman.

Murray is scheduled to be arraigned later on Wednesday. Prosecutors are recommending bail be set at $6.15 million.

The ambush unfolded on Sept. 12 as the two deputies, whose names have not been released by the sheriff’s department, sat in a marked patrol vehicle near the Martin Luther King Jr. Transit Center in Compton, authorities said. Surveillance video released by the sheriff’s department showed an individual dressed in black shorts, a dark jacket and wielding a pistol walk up to the vehicle and shoot through the passenger-side window without warning.

The shooter ran to a black four-door sedan and sped away, authorities said. As the gunman fled, surveillance video showed the patrol vehicle’s passenger-side door open and one of the wounded deputies, described as a 31-year-old mother of a 6-year-old, stumble out.

Los Angeles County Sheriff Alex Villanueva told ABC News earlier this month that despite being shot four or five times, including once in the jaw, the female deputy walked around the patrol vehicle to help her 24-year-old partner, who suffered gunshot wounds to his forehead, arms and one hand.

Both deputies initially were in critical condition and taken to St. Francis Medical Center, where they underwent surgery. They’ve since been released but are facing long rehabilitation periods, officials said.

Officials have not commented on Murray’s motive for the alleged ambush “beyond the fact that he hates policemen and wants them dead,” said Kent Wegener, captain of the LA Sheriff’s Homicide Bureau.

At the time of Murray’s arrest, reports circulated online implying that the armed carjacking suspect caught in Lynwood could be the gunman wanted in the surprise attack on the two deputies. However, the sheriff’s department issued a statement describing the online reports as “ERRONEOUS information” and said “there are no named or wanted suspects at this time.”

When Murray was arrested, reporters asked Villanueva why Murray was being held on $2 million bail and asked the sheriff directly if he was connected to the ambush, according to ABC Los Angeles station KABC.

“[He] was arrested for assault with a deadly weapon and carjacking,” Villanueva said then. “And he actually shot the victim with an AR-15, and stole the vehicle. So that, itself, is going to necessitate the higher bail. And he is an extremely dangerous person, and thankfully he was arrested without incident — without, at least, anybody being injured.”

Second arrest made in connection with fatal Pine Bluff shootings