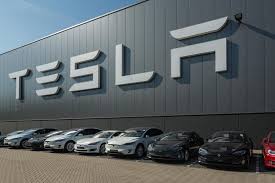 When Tesla officially joins the S&P 500 on Monday, Elon Musk’s electric car company will instantly become the top performing stock in the index for 2020.
Shares of Tesla (TSLA) are up nearly 700% so far this year, more than double 2020’s current top performer on the index. The stock has surged almost 65% since the mid-November announcement of its S&P 500 inclusion.
The second best performing stock in the S&P 500 this year is also a recent addition. E-commerce firm Etsy (ETSY), which joined the index in September, is up about 325% for the year. Carrier Group, a spinoff of United Technologies following that company’s merger with Raytheon, is up about 225%.
Chip giants Nvidia (NVDA) and AMD (AMD), PayPal (PYPL) and Bath & Body Works and Victoria’s Secret owner L Brands (LB) have all more than doubled this year too.

Big investors — particularly managers of mutual funds and ETFs that are designed to replicate the index — will need to have Tesla in their portfolios once it is officially a S&P 500 stock.

Many of these funds already own stakes in Tesla, as it would be hard to outperform the broader market without having any exposure to the year’s hottest stock. And short sellers betting against Tesla have lost their shirts.
Tesla is the largest company ever to be added to the index. With a market value of more than $625 billion, it will immediately become the sixth most valuable company in the S&P, trailing only Apple (AAPL), Microsoft (MSFT), Amazon (AMZN), Google owner Alphabet (GOOGL) and Facebook (FB).
Tesla is currently worth over $100 billion more than Warren Buffett’s Berkshire Hathaway (BRKB) — and Musk’s personal net worth is also higher than the Oracle of Omaha’s.
In fact, Musk is now the second wealthiest person on the planet, according to Forbes and Bloomberg, trailing only Amazon CEO Jeff Bezos, and Tesla’s market value is also higher than the combined valuations of GM (GM), Ford (F), Fiat Chrysler (FCAU), Toyota (TM), Volkswagen (VLKAF), Daimler (DDAIF), Honda (HMC) and Nissan (NSANF).
Related Topics:
Up Next

Biden’s team vows action against hack as US threats persist

Moderna vaccine becomes second authorized for emergency use in US,