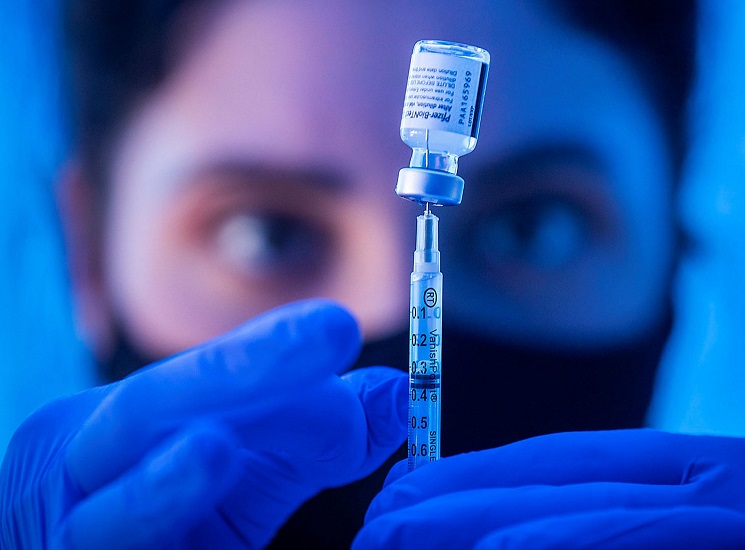 President Biden again might fail with his plans, now with the third, booster dose of the Covid-19 vaccine which was previously announced that it should be enrolled on September 20. But according to the latest information, getting the vaccine in some states might be delayed or those who received the Moderna vaccine.

The booster dose was announced in an effort to battle the virus since it was confirmed by multiple studies that the vaccines are not that efficient against the Delta variant a few months after the second dose. But the booster dose now awaits approval from the Centers for Disease Control and Prevention and the Food and Drug Administration.

So what goes wrong? Reportedly, the agencies still can’t approve the booster since they are still awaiting critical data needed for the approval. This is especially notable with the Moderna’s vaccine which is very unlikely to be approved by September 20.

According to one official, Moderna produced inadequate data for the FDA and CDC to approve the third dose of its vaccine and FDA has requested additional data that is likely to delay those boosters into October.

In the meantime, Pfizer doesn’t have that problem since Israel collected sufficient amount of data that can be used for boosted dose approval. As president Biden previously announced, Pfizer third dose of the vaccine should roll out as planned on September 20.

But experts also say that the delay of the Moderna’s approval might not be that bad for the current Covid-19 since majority of American so far have been vaccinated with the Pfizer vaccine. The latest data from CDC shows that around 206 million are vaccinated with at least one dose of the vaccines and Moderna’s part is 80 million people.

The White House said it was following the science, and that the reviews were “all part of a process that is now underway.”

“We are awaiting a full review and approval by the FDA and a recommendation by the ACIP,” said White House spokesman Chris Meagher, referencing the CDC’s Advisory Committee on Immunization Practices. “When that approval and recommendation are made, we will be ready to implement the plan our nation’s top doctors developed so that we are staying ahead of this virus.”

The idea behind the booster dose was always like an option but it started surfacing again in the public when the Delta variant started to fill the hospitals again with patients in many states. Furthermore, the latest surge in numbers slowed down the recovery of the economy which is another major problem for the White House administration.

Although it remains unclear if the booster doses will arrive on time as initially planned, health experts, especially Dr. Fauci, strongly believe this has to be the only option for now to fight the virus and keep everyone as safe as possible.

Barack Obama says he is heartbroken over the Afghanistan events, but wasn’t he heartbroken when he organized his birthday party amid the Delta wave

Brace yourself: Federal benefits are coming to their end date and not likely to be extended, millions of jobless people fear for existence