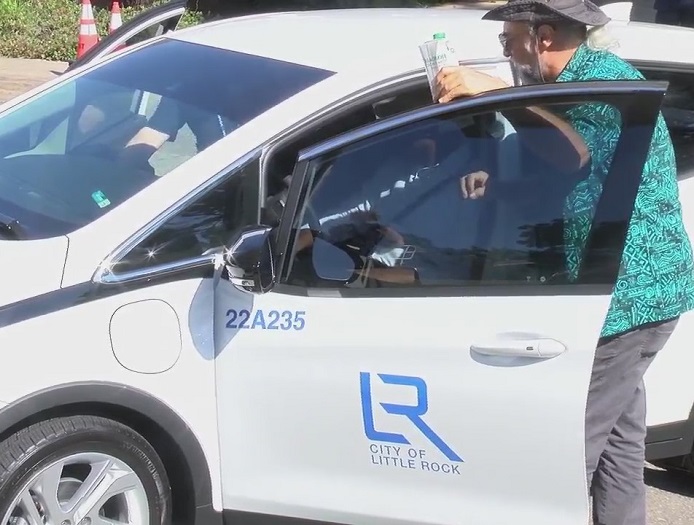 Little Rock, Arkansas – As soon as the eco-friendly electric car arrived at the City of Little Rock offices, the mayor Frank Scott Jr took the car on a test drive on Saturday morning.

The mayor used to occasion to take a closer look at the latest developments in electric vehicles.

Scott is proud that Little Rock is becoming one of the first cities starting to use electric vehicles for their needs and encourages other cities to join them with doing the same.

“It’s truly about sustainable economies, but also understanding that climate change is real, but also there is a great connection to economic development, and cost savings for municipalities,” Scott says.

According to the reports provided by the officials with the City of Little Rock, the first ever electric car bought by the city is Chevrolet Bolt.

The mayor said that the City of Little Rock will buy more electric cars in the future during the normal replacement cycles.

Current gas prices in Pine Bluff area, this is where you can buy gas at the cheapest price in Pine Bluff, GasBuddy report

The Drew County who was reported missing was found safe, police report