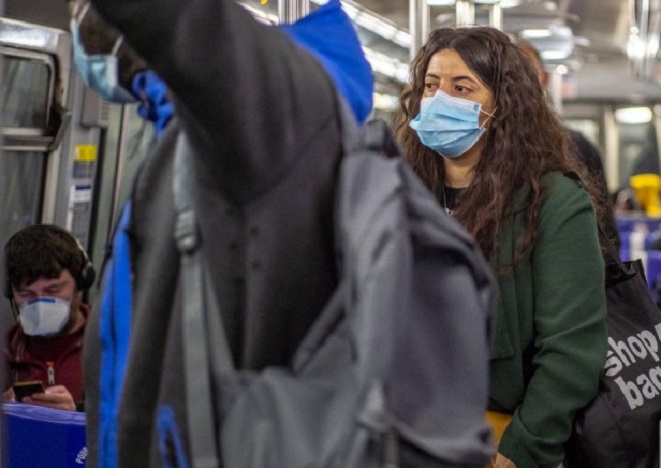 United States have been seeing an increase in the number of Covid-19 cases, hospitalizations and deaths in the last two months mostly as a result of the Delta variant that is proven to be much more contagious that infects even children with almost the same rate as adults.

The fourth, Delta wave started sooner in some states, while those with higher vaccination rates were affected a little bit later. However, the Delta showed that no vaccine is 100% efficient against the virus, but all the available vaccines so far are doing their job when it comes to severe infection or death.

In the last couple of days, and in some states like Arkansas weeks, the number of cases started to decline suggesting that those states are slowly recovering from the Delta wave peak.

According to the latest data, the numbers are down on national level as the number of cases was lower for 15% last week compared to the week before. There are some states that are seeing increasing trend, but in general, those states are having much better vaccination rates that should kelp them recover easier and sooner.

Deaths have leveled off over the last week at a relatively high rate of approximately 2,000 per day, but those numbers are expected to recede if cases keep falling. Total deaths linked to the pandemic in the U.S. are nearing 700,000 after more than 80,000 were recorded in the last two months.

“I’m optimistic about that improvement. It means fewer people will die and health care resources can be redirected to places that have been ignored but there are a lot of caveats,” said Dr. Mark Schleiss, a pediatric infectious disease expert at the University of Minnesota Medical School.

The Delta wave was different compared to all other waves previously because it was the first wave that children were getting infected with the same rate as adults. This was especially problematic for little children who are still not eligible for vaccination.

Hospitals in many states are still seeing difficulties in operations for a few reasons including the number of hospitalizations as a result of the Covid-19 virus and healthcare workers shortage.

Dr. Rochelle Walensky, director of the Centers for Disease Control and Prevention, said that the virus is still here despite the fact that the number are falling and urged everyone to remain responsible in the upcoming period. The Delta wave has almost the same patterns as all the other previous waves and health experts can’t find out why is that happening.

“We’ve seen this with all of our surges as they peak and come down… As these cases come down, the most important thing we can do is continue to practice the mitigation strategies we know work,” Walensky said at a White House briefing Friday.

The health experts and the White House administration still encourage Americans to get vaccinated, especially those who are vaccine hesitant and haven’t receive first or second dose of the vaccine. Furthermore, they encourage those eligible to get the third, booster dose of the vaccine in an effort to prevent to get infected with the virus.

Meanwhile, the FDA and CDC are working in the approval of the Pfizer in children aged 5-11, hoping that that would additionally boost the general health and prevention from the virus.

Pfizer is expected to seek Food and Drug Administration authorization in the coming days to administer its vaccine to children as young as 5. Surveys suggest most parents would not rush to line their children up for shots, but a significant number likely will, bolstering community protection in some areas.

The former head of the FDA Dr. Scott Gottlieb says that he expects the Delta wave to continue the surge in the northern states and mostly likely the wave will lose power before Thanksgiving. He also added that he believes the Delta wave will be remembered as the last Covid-19 wave of its kind.

“I do think this is the last major surge of infection, barring something unexpected like a new variant coming along that pierces the immunity offered by vaccination or prior infection,” Gottlieb told CNN Monday.

However, regardless of his statement, experts warn that we are still far away from the end of the pandemic. According to them, the major issue is the number of vaccinated people, or to be precise the number of the vaccine hesitant people. Experts warn that United States still needs a major increase in vaccination to fully battle the virus.

Another thing that comes as an obstacle is the winter. From what we saw last year, it’s likely to expect increase in the number of cases during the winter months like last year when United States set daily records in new cases, hospitalizations and deaths.

All in all, everyone will still have to wait for better times.

The number of active Covid-19 cases in Arkansas remains under 10,000 as Gov. Asa Hutchinson urges those eligible to get the booster shot

Despite the fact that Covid-19 numbers are slowly decreasing across Arkansas, one more district decided to extend the mask mandate