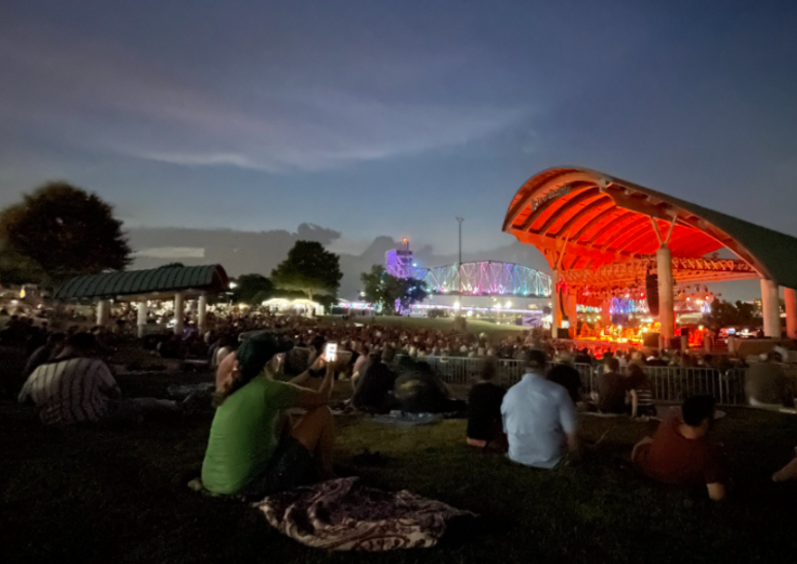 Little Rock, Arkansas – What many of us feared in the last couple of months seems to become a reality as the first concert with proof of vaccination or negative PCR test took place on Saturday in Little Rock.

Musician Jason Isbell and the 400 unit performed at the First Security Theatre Saturday night and this was the first concert in the city of its type. This was not like any other concert before as security personnel now asked every attendee to show proof of vaccination or negative PCR test.

“Long as you knew what you needed it was easy and we saw people that got turned away,” Erin McGehee said.

Because of the Covid-19 pandemic, Erin and Steve Huggo haven’t attended a single concert in more than two years.

“I love live music and I love being outside. It’s more my favorite. It’s perfect,” McGehee said.

But they agree that such a precaution measures are more than welcome since the latest situation across Arkansas is not good and the number are surging for weeks now.

“We both worried that it would actually be canceled again,” Huggo said. “When they sent the email about it we both said well we were going to go anyway obviously but we’re happier now that everyone’s going to be safe here.”

Other guests also agree with the measures. Since they are both vaccinated, David and Josh White said this is good for everyone and the general public safety.

“It didn’t really affect us because we already had our shots and everything so we were good already,” Josh said.

But Isbell ran into trouble in Houston this past week when his show was canceled after the venue owner refused to comply with his COVID safe policies. Something President of River Concerts Dan Fife was fine with.

“I don’t have that crystal ball to tell you what the new norm is but I can tell you this should be something that’s fairly common for the future,” Fife said.

He added that only about 10% of the customers asked for a full refund after the Covid-19 policies were announced.

Guests attending the Saturday’s concert were full of energy, something that we haven’t seen since the start of the pandemic.

Little Rock man went teaching his girl at a gun range, gets injured