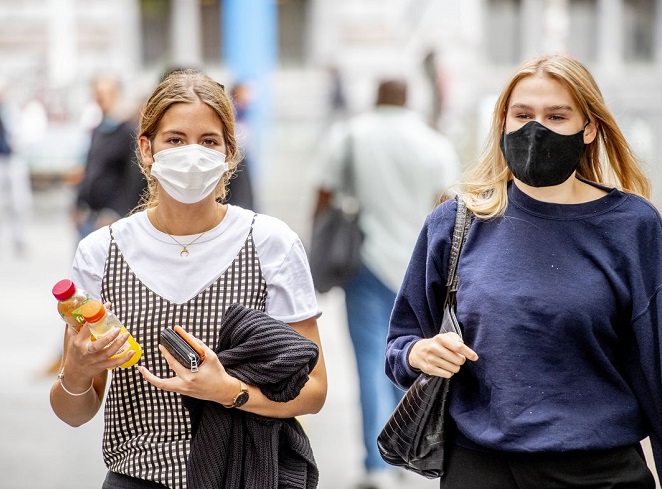 We can all agree that the latest wave was not something that majority of the people expected having in mind the decent number of vaccinated people and the summer period with low number of cases and stable situation across the country.

However, despite all the efforts we have all done so far, the Delta wave has proven us completely wrong, lettings everyone know that we are still far from herd immunity and that we probably have to continue to live with the Covid-19 forever.

In a period when some states like Florida are recording record number of cases, hospitalizations and deaths, the total number of positive cases in United States since the start of the pandemic reached 40 million.

The latest data shows that among those 40 million cases, 651,690 deaths as a result of the virus are confirmed so far. On Sunday, the daily report shows 35,355 new cases and 279 deaths across the country.

What seems to be a positive trend in the last couple of weeks is the vaccination process. The most recent data shows increased number of people who decided to get the shot and the number of fully vaccinated people so far reached 175 million, while 205 million people have received at least one dose of the vaccine.

Vaccination rates have risen slowly since July, but still no state or territory has passed the 70 percent fully vaccinated threshold, and the country is nowhere close to its peak in April, when more than 3 million people were getting shots every day.

Many health experts claim that the fourth have could have been avoided if the number of vaccinated people was higher than it was in July when the Delta variant spread initially started to take off. However, despite their claims, the data shows data many fully vaccinated people are still getting infected with the virus.

Another thing that makes the most recent wave different from all the previous is the fact that young children are also easily getting infected with the virus, something that was not the case before the Delta variant.

The average number of patients in hospitals across the country is 100,000 and this number is still higher than at other any point since last winter, a period when the vaccines were not available. Another major issue the hospitals face is staffing shortage amid the Delta wave. Many healthcare workers are either quitting because of too much pressure on them or some are simply retiring.

August was Florida’s deadliest month for Covid cases since the pandemic began — it recorded more than 1,300 deaths as hospitalizations among children skyrocket.

Biden’s push for booster dose of the vaccines makes two FDA officials to quit; is there something the public should know?

Barack Obama says he is heartbroken over the Afghanistan events, but wasn’t he heartbroken when he organized his birthday party amid the Delta wave