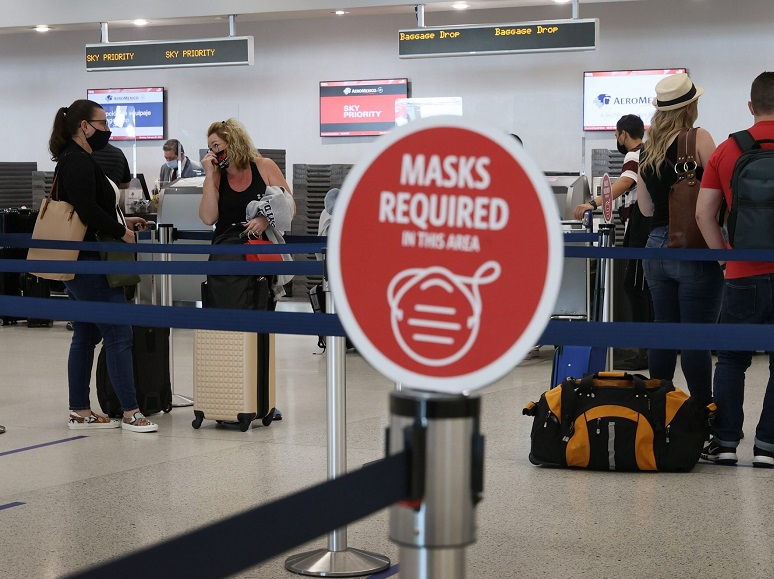 It looks like the government and the president Biden were deadly serious when they announced the vaccine mandate for federal workers and employees in companies with more than 100 workers last month.

The latest information from Washington indicate that unvaccinated will suffer another heavy push for vaccination as the newly proposed legislation that will require passengers on domestic flights to show proof of vaccination has been introduced to Congress, The Independent reported.

Under the US Air Travel Public Safety Act, the Department of Health and Human Services and the Federal Aviation Administration would be required to develop guidelines for airlines to check passengers vaccination status or confirm they had tested negative for coronavirus.

According to Senator Diane Feinstein who introduced the bill, this measure is more than needed in an effort to slow down the spread of the virus from one state to another especially in a situation where children remain ineligible to get the shot.

According to the Senator, this measure is very important to be enforced before the holiday season if the country wants to have calm winter season and avoid the last year’s scenario.

“We know that air travel during the 2020 holiday season contributed to last winter’s devastating Covid-19 surge. We simply cannot allow that to happen again,” Senator Feinstein, of California, said.

“Ensuring that air travelers protect themselves and their destination communities from this disease is critical to prevent the next surge, particularly if we confront new, more virulent variants of Covid-19,” she said.

Meanwhile, majority of the airlines already enforced vaccine mandates for their workers.

The newly proposed legislation to require passengers to show proof of vaccination won’t be something new since similar rule it’s already in place for international flights and foreign passengers. What the Senator is asking, is the same measure to be applied for domestic flights.

Anthony Fauci, the White House chief Covid adviser, in multiple occasions said that he would support vaccine mandates for air travel, including passengers, regardless of the fact if they are domestic or international flights.

According to the proposal, passengers will be required to show proof of vaccination or negative PCR tests before they are allowed to travel.

Omicron might be better in evading the immunity, health experts encourage the public to get their booster dose