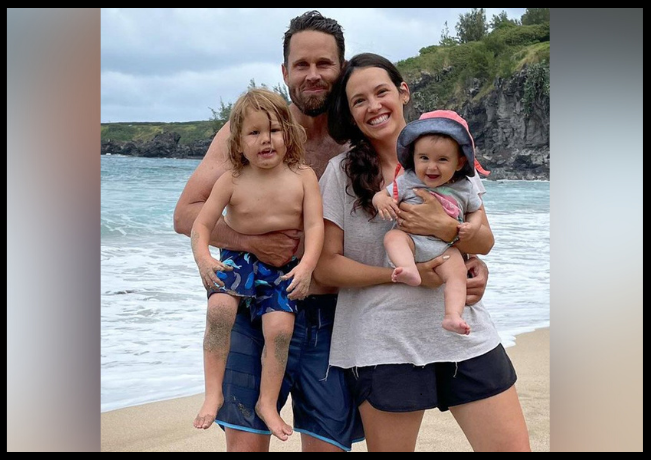 People that have children are blessed from God and children are the most valuable thing in every parent’s life. But this California man had definitely lost his mind when he decided to kill his two minor children for no apparent reason just weeks after he told a friend that he wants at least four children in his life.

The suspect has been identified by the police as M. Coleman, a California based businessman and QAnon follower, who allegedly took his two minor children and Mexico and killed them there with a spearfishing gun.

What is even more tragical is the fact that Coleman told his close friend that he wants more children just a few weeks prior to the incident that took place at the beginning of August.

“I want at least 4,” said M. Coleman, in a June 30 text obtained by People in a phone that was registered to Coleman. In the message exchange, the friends talk about faith, fatherhood, and the future, a report said. “Abby is good, kids are good, business is good,” Coleman told the friend. “The best is yet to come.”

According to the police report, Coleman is accused of taking his two children, 10-month-old R.C., and 2-year-old, K.C., from the California home he shared with his wife and mother of his children to Mexico. Coleman allegedly murdered his children by shooting a spearfishing gun into their chests, the affidavit said.

Something probably happened with Coleman the days prior to their trip to Mexico since he even didn’t take the car seat for his little child and he put him in a box. He didn’t inform his wife, they simple left without telling anyone, he told the investigators.

Investigators said Coleman told them that he believed his children were going to grow into monsters so he had to kill them, according to the affidavit.

The father didn’t know what to the with the bodies after he killed his children so he decided to move them less than 40 yards and placed them in some brush. When he was questioned by the Mexican authorities, he explained them everything and they easily located the bodies after Coleman revealed them the exact location.

Investigators said when agents asked Coleman if he knew what he did was wrong, Coleman told them that “he knew it was wrong, but it was the only course of action that would save the world,” the affidavit said.

The autopsy showed that Coleman stabbed his daughter 12 times and his son 17 times. He was jailed in federal jail without bond.

A psychiatrist is reportedly working to determine if Coleman is fit to stand trial, according to People.

Teenage girl from Fort Smith is missing, police is asking for community help in locating her, believed to be in danger