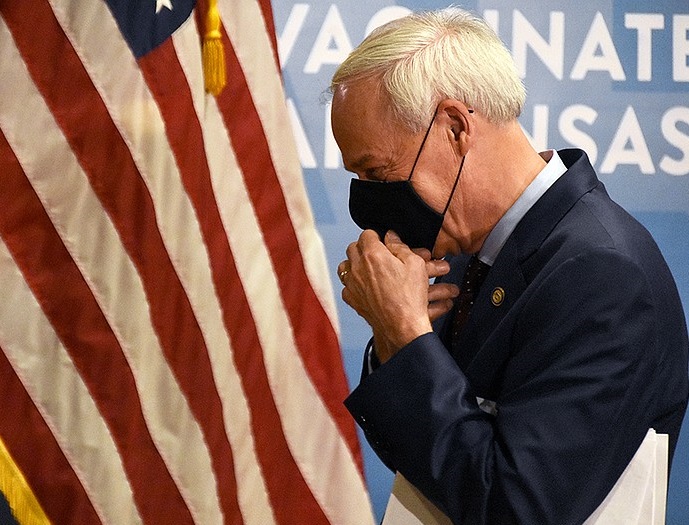 Arkansas – Biden on Thursday announced vaccine mandate for federal workers, healthcare workers and workers in companies with more than 100 employees, something that many say it was the right thing to do, but majority believe this is not the right approach to boost the vaccination process.

Biden claims that his plan for the upcoming period is the only way to make everyone safe since the vaccination process stalled and there is a pretty decent number of vaccine hesitant people that would not get the shot for any reason.

Gov. Asa Hutchinson is among those who openly supports the vaccination and urges everyone to get vaccinated, but thinks that vaccine mandate is not the right approach and solution to the problem.

“I have been consistent in the freedom of businesses to require their employees to be vaccinated, and I have opposed the government from saying businesses cannot exercise that freedom,” Hutchinson said in a statement. “The same principle should protect the private sector from government overreach that requires them to vaccinate all employees.”

More than 80 million Americans will be affected by the latest Biden plan who now mandates companies with more than 100 workers to mandate their employees to get vaccinated or to undergo weekly testing. Biden went even further when he announced that is about to cut the Medicare or Medicaid help for healthcare workers who are not going to get the shot amid healthcare workers shortage while the Delta variant fills the hospitals with patients.

Gov. Hutchinson was among many other GOP governors who requested a special meeting to discuss what their next steps will be.

“We must fight back against this massive government overreach,” GOP Sen. Trent Garner tweeted.

In the last couple of weeks some major companies that are operating in Arkansas already mandated their workers to get vaccinated, including Springdale-based Tyson Foods and Bentonville-based Walmart. Some of the private hospitals also implemented vaccine mandate for their workers.

Leaving companies to decide for themselves is one thing, but mandating them is so different. If a company decides to require their workers to get vaccinated, they already have a plan what to do in case of workers shortage.

However, with the latest requirement announced by president Biden, the workers shortage issue might be only deepened bringing companies’ existence in question.

Arkansas officials slam Biden for his latest announcement over vaccine mandate, many other expected to join them