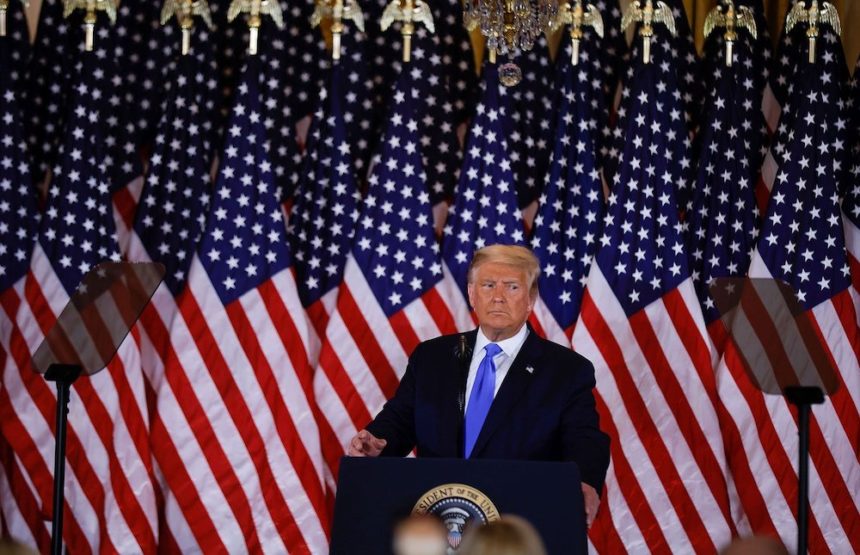 President Donald Trump is ordering the U.S. flag to be flown at half-staff as a sign of respect for two U.S. Capitol Police officers who have died since last Wednesday’s violent protests at the Capitol, as well as all members of law enforcement across the nation.

In a proclamation Sunday, Trump said the show of respect will take place at the White House and all federal buildings through sunset on Wednesday.

The proclamation makes no mention of the rioting at the Capitol.

Sicknick joined the U.S. Capitol Police in 2008, serving until his death Thursday after being attacked as rioters seething over Trump’s election loss stormed the Capitol, believing the president’s false claims of a rigged election.

Authorities announced the death of Liebengood on Sunday. It was not clear whether his death was connected to Wednesday’s events. Two people familiar with the matter said the officer’s death was an apparent suicide. They were not authorized to discuss the matter publicly and requested anonymity.

There were increasing calls for Trump to order flags to be flown at half-staff on federal facilities after House Speaker Nancy Pelosi ordered the same for the Capitol following Sicknick’s death.