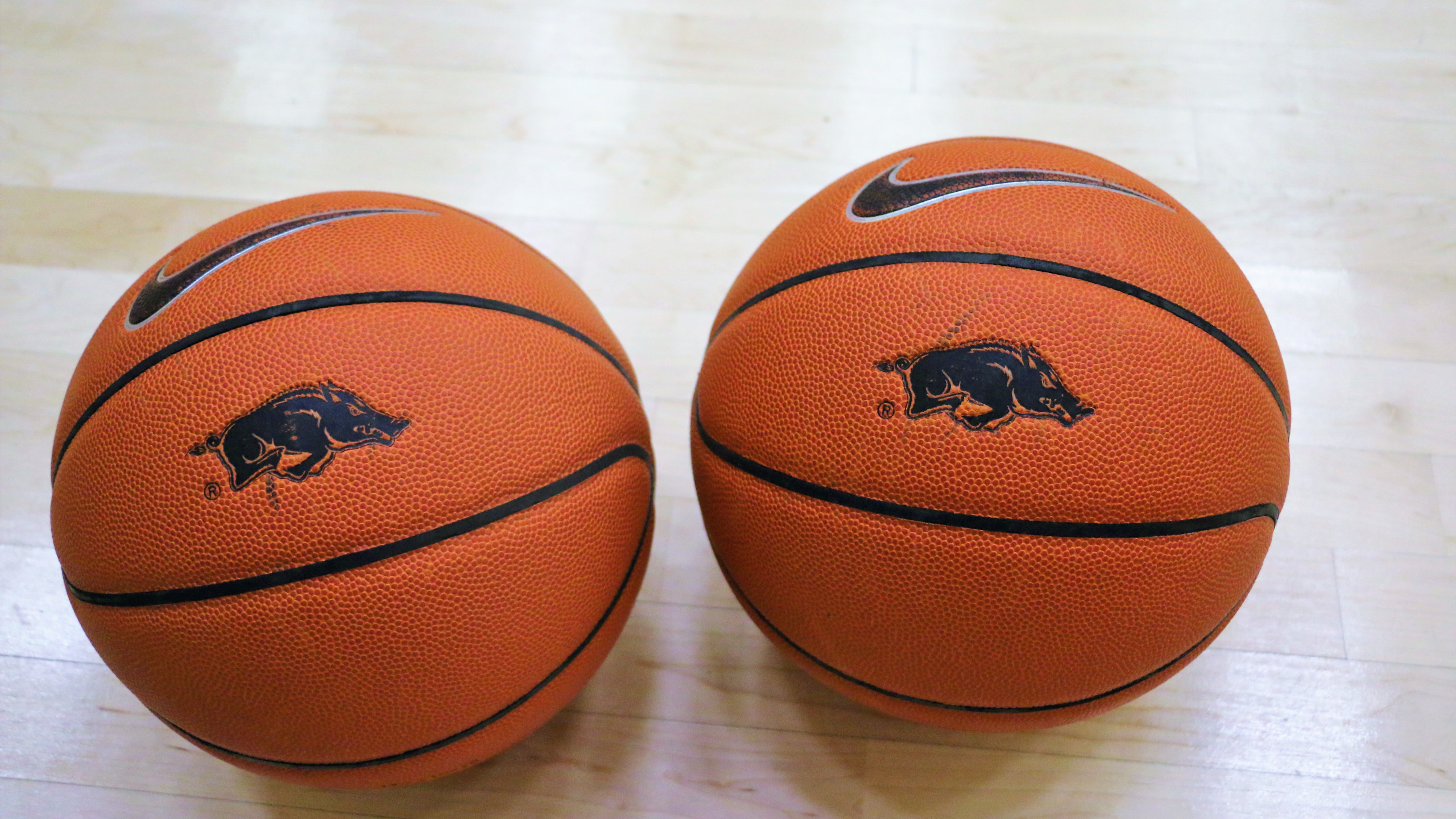 LITTLE ROCK — In an eight-day span (Dec. 3-11) there were three in-state high school games pitting Arkansas Razorbacks offers in competition against each other, capped by four Hog targets squaring off Friday night as Little Rock Christian Academy battled back for a 74-65 home win over Little Rock Central.

2022 Arkansas offer Creed Williamson (6-8 forward) struggled with early foul trouble but was dominant in the second-half, scoring 18 of his 20 points as the Tigers found no solution on the interior to stop him. Williamson finished 9-of-12 shooting from the field (and 2-of-2 from the foul line) for his 20 points to go with a game-high 11 rebounds and 1 steal. LRCA improved to 4-1, and Williamson has registered a double-double in all five games for season averages of 14.8 points and 10.4 rebounds per game.

The Warriors’ lone loss came in overtime on Tuesday against co-defending 4A state champion and unbeaten Little Rock Mills, which has won 22 straight games dating back to last season. In that game, Williamson was unstoppable in the first quarter as he notched 9 points and 8 rebounds (6 on the offensive glass) but once again foul trouble plagued him as he was limited to brief appearances in the second, third, and fourth quarters fouling out with 13 points and 11 rebounds.

“First half I didn’t do so well,” Williamson said following Friday night’s win over Central. “I only had two or four points, something like that, then second half I came out and made some adjustments … Last game against Mills, it showed us that we really can’t come out soft. Coach always told us ‘Don’t let them punch you in the mouth first. Always come out and hit first.’ So the first half of this game we kind of struggled to do that, but the second half we really came out and did well.”

Williamson holds offers from Arkansas, St. John’s, Arkansas-Pine Bluff, and Oral Roberts with Kansas, Missouri, and Michigan State among the schools recruiting him.

Williamson’s teammate at LRCA — 2023 Arkansas offer Layden Blocker — found himself in a backcourt battle with Central’s 2023 Arkansas offer Bryson Warren, and neither of the 6-foot-2 point guards disappointed. Blocker led the Warriors with 23 points (7-of-17 field goals, including 1-of-4 from 3, and 8-of-10 ffree throws including several late to ice the game) to go with 6 rebounds, 5 assists, 1 steal, 1 block, and 1 drawn charge. Meanwhile, Warren racked up a game-high 24 points (11-of-23 field goals, including 2-of-7 from 3) to go with 3 assists and 2 rebounds.

Both guards defended each other at times in their first ever head-to-head matchup at the high school level.

“This was a good win for our program, because they (Central) were last year’s (co-6A) state championship team,” said Blocker, who is averaging 23.3 points, 6 rebounds, 4 assists, and 3 steals per game. “We just came in, we knew what the game was going to be like, we worked hard, and we finished it out and got the dub (win).”

The fourth Arkansas recruiting target who played in the LRCA-LRC game Friday night is 2024 K. Annor Boateng (6-5 wing), who’s long, quick, explosive, and active. Boateng finished with 11 points (5-of-6 from the field, including 2 dunks), 4 rebounds, and 2 steals for the Tigers.

The trio of Williamson, Blocker, and Boateng — teammates with the Joe Johnson Arkansas hawks grassroots progam — picked up their Hog offers on the same night in early October. Warren has had his Arkansas offer since his freshman season in ’19-20.

* On Friday, Dec. 4, it was 2022 Arkansas targets Nick Smith, Jr. and Joseph Pinion who competed against each other as Morrilton traveled to Sylvan Hills for a non-conference game. Smith (6-4 combo guard, national No. 25 / 4-star prospect according to 247Sports.com) finished with a season-high 35 points along with 12 rebounds, 5 assists, and 4 steals as Sylvan Hills used a 10-0 fourth-quarter run for a come-from-behind 75-64 win. Pinion (6-6 wing, composite national No. 105 / 4-star prospect who is committed to Arkansas) finished with 17 points, a game-high 13 rebounds, a game-high 7 assists, 2 steals, and 1 block.

Smith — he had a 32-point, 15-rebound game a few weeks ago against Little Rock Central — followed up his outburst against Morrilton with a triple-double (30 points, 10 rebounds, and 10 assists) in a Tuesday, Dec. 8, win over Searcy.

* 2022 Arkansas offer Derrian Ford (6-4 combo guard, national No. 52 / 4-star prospect according to 247Sports.com) is averaging 27.0 points and 8.3 rebounds as co-defending 4A state champion Magnolia has started 3-0 on the season with wins over Ashdown, Lake Hamilton, and Prescott. The Panthers have won 34 straight games dating back to ’18-19.

* 2022 Arkansas offer Javion Guy-King (6-5 wing, Little Rock Mills) is recovering from an injury and did not play Tuesday, Dec. 8, when the Comets won at Little Rock Christian, but he said he spoke earlier in the day with Razorbacks head coach Eric Mussleman.

* 2022 Arkansas offer Ramel Lloyd, Jr. (6-6 combo guard, Rancho Christian in Temecula, Calif., composite national No. 60 / 4-star prospect) is expected to announce his top 10 schools on Dec. 22. Lloyd recently had a virtual meeting with Arkansas coaches (you can read his thoughts on that by clicking the link below to my Dec. 1 version of the Hoop Hogs recruiting notebook).

* Arkansas picked up a walk-on commitment on Friday night when Fayetteville native Lawson Blake (6-10 forward, Link Prep in Missouri) announced his pledge to the Hoop Hogs via social media. “Choosing to play for the Hogs and Coach Musselman was an easy decision for me,” Blake told Hogville.net in a Friday night interview. “Having the opportunity to represent my hometown and favorite team is a huge honor for me and has always been a dream of mine. I’ve mostly talked with Coach (Clay) Moser, then later with Coach (Corey) Williams and Coach Musselman. I feel very fortunate to be a part of such a great team and coaching staff.” Blake said he is averaging 13 points and 7 rebounds for Link Prep, which has started the season 3-4. Blake, he was a senior at FHS in ’19-20 before reclassifying to 2021 and enrolling at Link Prep, said he had offers from Hendrix, University of Dallas, and North Arkansas College with Harding, Ouachita Baptist, and Biola “showing strong interest.”