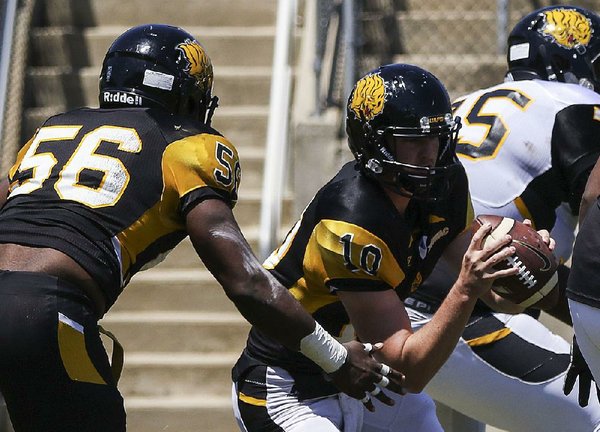 LITTLE ROCK, Ark.  — UAPB is picked to finish fourth of five teams in the SWAC’s western division, the league announced on Thursday. The Golden Lions are slotted behind Southern, Grambling, and Prairie View A&M, but ahead of Texas Southern.

SWAC teams are preparing to play six games, from late February through April, in a shortened conference-only season that was postponed due to the pandemic.

“We’re looking to build upon the way we finished a year ago,” UAPB Head Coach Doc Gamble said of his team’s 6-5 finish in the fall of 2019, the program’s first winning season since 2012. “We have several guys coming back that we feel really good about. For us, we’re looking forward to taking the next step in moving forward, trying to get to the upper echelon of our conference.”

UAPB is still planning to play a full 11-game schedule in the fall of this year.

New Coach With Wide Receivers, But Many Familiar Faces Return to Razorbacks