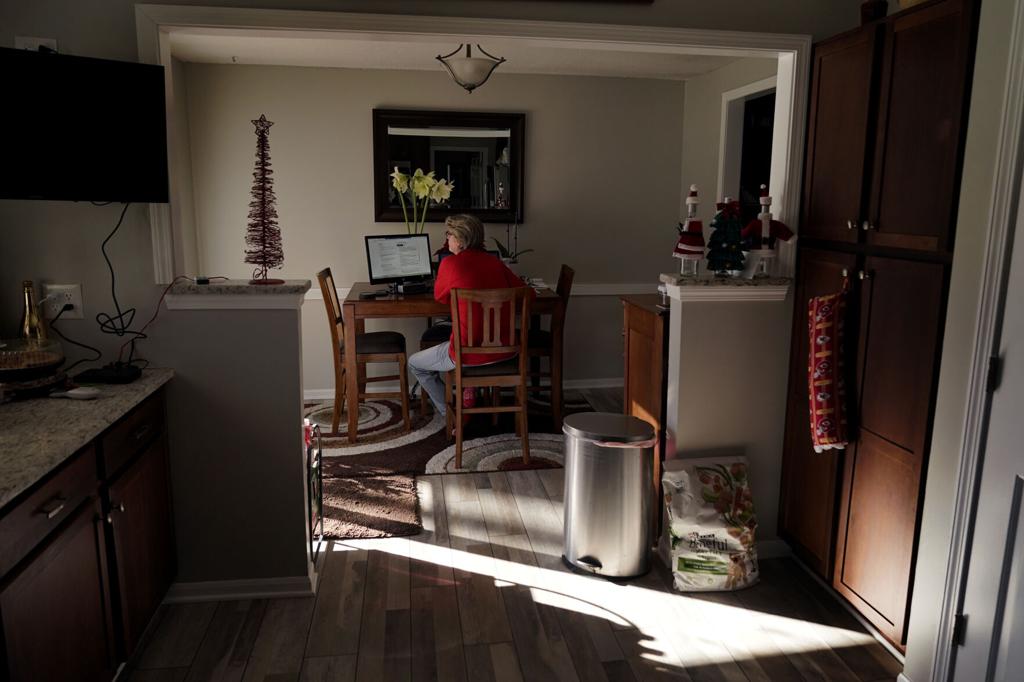 1.6 million Californians will lose their unemployment benefits the day after Christmas. Millions more are supporting their families on just a few hundred dollars a week of benefits, while others without work get no money due to eligibility quirks or systemic issues with the Employment Development Department.

Unemployed people interviewed by Pine Bluff Today expressed disappointment with the lack of enduring economic support in the form of a stimulus and increased and extended unemployment benefits during a pandemic. On top of that, many lamented the loss of a comfortable and joyous holiday season.

Like it or not, December and January bring a slew of holidays and with that, customary gift-giving. Purchasing and presenting gifts to family, co-workers, classmates and other community members can be a lovely display of care, or sometimes an overwhelming, consumerist nightmare. Either way, when people don’t have enough money to afford food, rent, medicine and healthcare for their families, the additional pressures of the holiday season can be inordinate, and opting out of exchanging gifts can be embarrassing or shame-inducing.

Andrew Zaki of Los Angeles immediately became unemployed when the pandemic hit; the event planning business he founded with his partner bottomed out after all foreseeable parties were cancelled. He qualified for unemployment as an independent contractor, and received $150 a week. On $600 a month, he hasn’t been able to pay for his rent, and started driving DoorDash to bring in some money for food and other bills.

His landlord swiftly moved to evict him and his partner under a rule about using the apartment for business purposes—that she had previously ignored for the first four years they’d lived there. The City of Los Angeles stepped in to provide legal representation to fight his case, and he’s anxiously awaiting the court date in January.

In the meantime, he doesn’t feel he has much to celebrate. He said that he and his partner always festively decorate their apartment, give each other gifts and enjoy themselves during the holidays.

But this year, the sheer stress and economic pressure of surviving take precedent, and inhibit their ability to feel holiday joy.

“I cannot afford to even buy a Christmas tree,” he said. “Christmas trees, it goes anywhere between 50 to 100 bucks. No, I won’t get the Christmas tree because I need to pay this bill.”

Zaki is an immigrant from Egypt and took his citizenship test in July. He started his own business. He was paying rent, car payments, taxes, and wasn’t behind on bills in March. He depleted his savings to cover his expenses for the first few months of the pandemic.

As someone who was doing everything “by the book” to take care of himself and his partner, he said that he feels left behind by Congress, and is pessimistic that a stimulus will provide timely support. He dreads the day after Christmas, as he will no longer be able to access any unemployment benefits.

He empathizes with people in similar situations: “I’m one example of a million,” he said. “We fell into poverty. We were fine…And then suddenly, it’s just like a cliff that we went through.”

Zaki said that he does not like asking for help, but he feels he doesn’t have many other options. He said that CalFresh, California’s food stamp program, has kept him and his partner from going hungry.

“I am so embarrassed,” he said. I did a GoFundMe, but I’m holding it back because I’m embarrassed to ask people.”

Bettie Haywood, a Colorado Springs-based event planner who recently moved from California, applied for EDD unemployment benefits in March. Before she received them 4 months later, she racked up credit card debt to pay her bills, and leaned on family to help her cover rent.

She will no longer be able to access unemployment benefits on December 26, which is devastating for the self-proclaimed “crazy Christmas person.”

“Christmas is my favorite time of year,” she said. “…And I like to buy gifts for everybody that I love. And I like to kind of go a little bit crazy. And it’s not gonna happen this year.”

Haywood said that although she feels very fortunate for the help of her family to keep her afloat, she regrets that this Christmas will be virtually unrecognizable from years past. She can’t afford the same food, the same gifts, or travel to see family members she cherishes visiting.

“I feel very fortunate that I have the support system I have, and a lot of people don’t have that,” she said. “And that makes me really sad this time of year. The other thing is that you see all these people with no food, you know, at least I have family that I’ll never have to worry about not eating.”

Rates of hunger have doubled throughout the country during the pandemic, and tripled among households with children according to a Northeastern University study.

Haywood said that she sympathizes with how desperate many unemployed Americans are, and feels failed and disillusioned by her government.

“The federal government needs to stop playing with us for relief,” she said.

Cindy Danbom, an event planner in Alameda, said that she receives $167 in benefits a week. After the EDD erroneously started giving her more benefits for a brief time, she now owes the surplus funds to the Department. She said that since 90% of her work has been pushed to next year, she’s navigating unemployment benefits out of necessity.

She had to sell her daughter’s old toys to pay rent, and won’t be able to buy her new ones this year.

“The income isn’t there,” she said. “And that’s incredibly challenging.”

Danbom said that she is trying to use this financially difficult time to educate her daughter about what she believes are the most genuine, non-consumer aspects of Christmas: love and community.

“It’s a matter of just refocusing on what the holidays are about,” she said. “They should be about being able to spend time with loved ones, and celebrate the fact that, so far, we are still all healthy. And we have not experienced sickness—COVID or anything like that.”

Find out the average debt Americans have by loan type