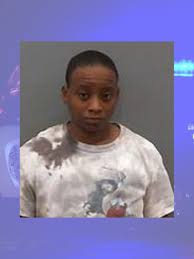 The Pine Bluff Police Department is investigating a homicide in the Staples parking lot that was reported around 1:00 p.m.

The victim has been identified as 43-year-old Stanley Robinson Jones, a Pine Bluff resident who is originally from Louisiana. He was pronounced deceased at the scene by Jefferson County Deputy Coroner April Davis at 1:47 p.m. He died from multiple gunshot wounds to the upper portion of his body.

DeltaplexNews.com has been informed that a female suspect fled from the scene, then was caught and arrested by Jefferson County Sheriff’s Department K-9 handler Sergeant Courtney Kelley. That suspect has been identified as 28-year-old Kendra Howard from Pine Bluff. Howard has been charged with First Degree Murder according to the W.C. “Dub” Brassell Adult Detention Center roster.

This is the ninth homicide in Pine Bluff for 2020.