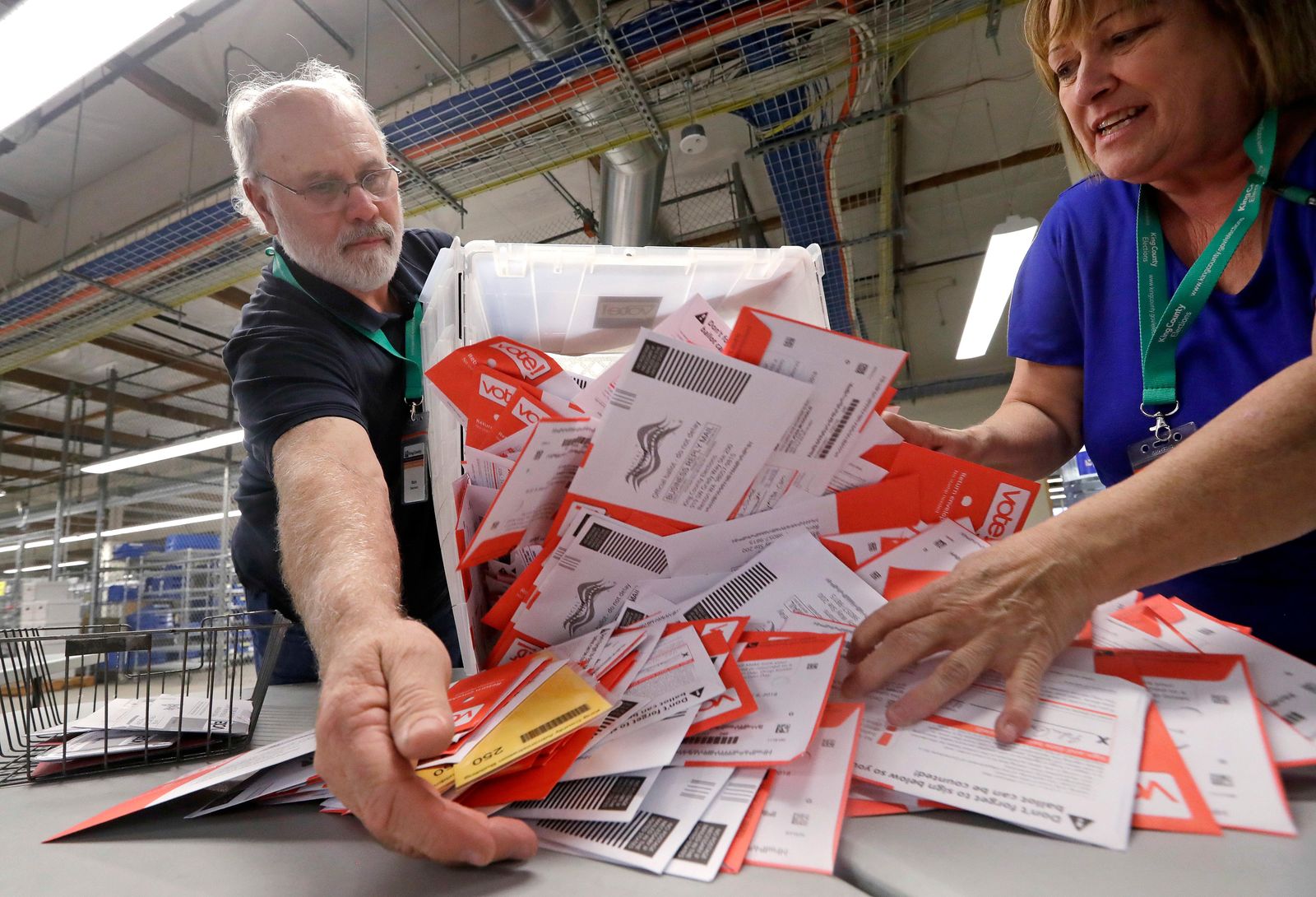 WASHINGTON – A bitterly partisan debate unfolding on whether more Americans should cast their votes through the mail during a pandemic is provoking online disinformation and conspiracies theories that could undermine trust in the results, even if there are no major problems.

With social distancing guidelines possibly curtailing in-person voting at the polls in November, states are drawing up plans to rely more heavily on a mail-in system that has until now seen only limited use.

Historically, there is no evidence of widespread voter fraud through mail-in voting. But social media users are already pushing grandiose theories casting doubt on the method. President Donald Trump has encouraged the skepticism, saying during a televised briefing that “a lot of people cheat with mail-in voting.” On Saturday, he tweeted: “Don’t allow RIGGED ELECTIONS!”

Justice Department officials are concerned foreign adversaries could exploit any vulnerabilities in the vote-by-mail process, especially since even minor tampering could trigger widespread doubts about the integrity of the vote.

“Is it possible, in particular for a foreign actor, to cause enough mischief in the vote-by-mail process to raise a question in the minds of Americans, particularly Americans perhaps whose candidate has lost, that somehow the result of this election is unfair?” Assistant Attorney General John Demers, the department’s top national security official, said in describing a key question confronting law enforcement.

Several disinformation experts said they have not found evidence yet that foreign actors are covertly pushing a false narrative about mail-in voting.

But a sham social media campaign that feeds existing doubts about the U.S. election process would align with the Kremlin’s playbook, said Bret Schafer, a media and digital disinformation fellow at the Alliance for Securing Democracy, a Washington think tank. During the 2016 election, Russia-linked groups polluted American voters’ social media feeds with messages about hot-button topics like race relations, gun laws and immigration.

“You don’t have to hack the vote to hack people’s perception of the vulnerability of the vote,” he said. “All you need to do is to seed enough doubt about the legitimacy of a vote.”

Well before the coronavirus upended America’s electoral process, federal officials were girding for the prospect of foreign interference in the U.S. election. The FBI and the Department of Homeland Security warned in February that Russia could seek to misuse voter registration data and even secretly advise campaigns or candidates, according to documents The Associated Press obtained.