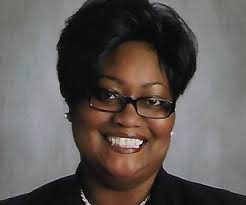 Pine Bluff, Arkansas – Barbara Warren, the Superintendent of both the Pine Bluff and Dollarway School Districts said Friday she did not think the three school districts in Pine Bluff should be combined.

Appearing on the Oldies 101.3 morning show with Greg Horne and Will Jenkins, Warren was questioned about a study about consolidating the two districts she supervises and the Watson Chapel School District together. That study followed a community discussion sponsored by the NAACP. Go Forward Pine Bluff also got involved and the results of that study will be announced during a community meeting Sept. 29 at the Pine Bluff Convention Center.

“I have a lot more to hear, a lot more to learn,” Warren said. “There are a variety of factors when you talk about three schools. Of course I’ve been responsible for two of those schools so I’m going to listen for the report, just like all of us.”

Warren also said she had no knowledge of what might be in the report but was looking forward to it.

Early in the year, Warren said that about 70 percent of the students in both the Dollarway and Pine Bluff Districts had opted for virtual learning rather that in-class instruction this year. On Friday, she was asked if those numbers were still correct.

She was also asked about the morale of teachers who are, in the words of Horne, “doing double duty.”