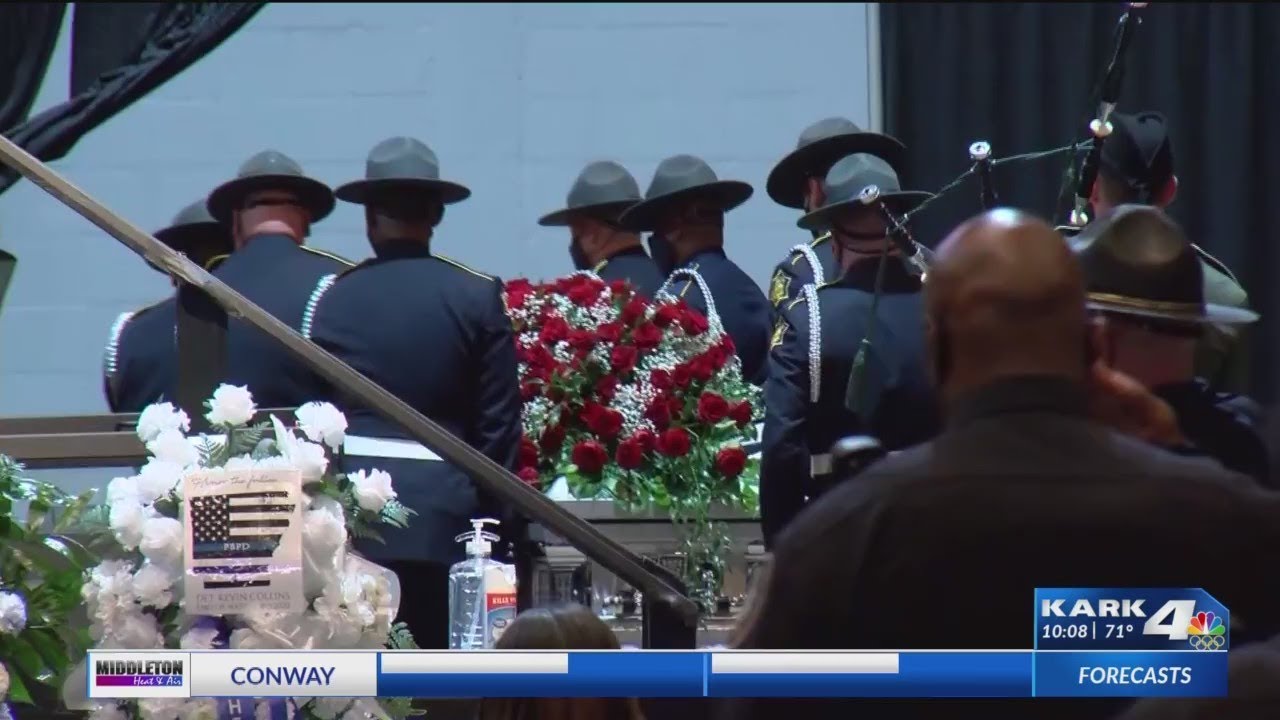 Pine Bluff, Arkansas – Family, friends and first responders came together Saturday afternoon to honor a Pine Bluff police officer who was killed in the line of duty on Monday.

Detective Kevin Collins was shot and killed Monday on Blake Street. Another officer was injured in the shooting.

Friends, family, and public officials took to the podium to commemorate the fallen detective.

“He was both a commanding force and a gentle giant,” said Pine Bluff Mayor Shirley Washington.

Collins was a five-year veteran of the Pine Bluff Police Department and was named Officer of the Year in 2017.

“May we know that another angel has blue wings,” said Attorney General Leslie Rutledge at the funeral.

Approximately 1200 people attended the funeral. Those in attendance were kept socially distant and were asked to wear masks.

Pine Bluff Police Chief, Kelvin Sergeant, received a standing ovation during the Celebration of Life after announcing Collins’s badge number would be retired.

Collins’ mother, Dornetta Collins-Hobbs, said her son was dedicated and made an impact on everyone.

“Kevin has wanted to be a law enforcement officer since he was three years old, so my baby died doing his dream job,” Collins -Hobbs said. “He was serious about protecting and serving the community of Pine Bluff.”

Keshone Smith is facing charges in connection to the death of Collins.

Penalty phase of trial of convicted teen killer in recess