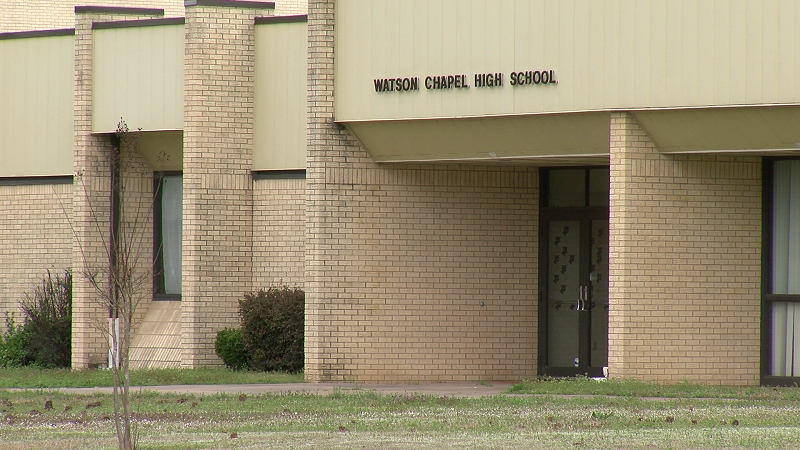 Pine Bluff, Arkansas – Following an investigation into an aggravated assault and threats of a shooting that were made earlier this week against unnamed Watson Chapel students, a 15-year-old male juvenile has been arrested on Saturday.

Captain Yohance Brunson was contacted by Sergeant Arnold, the School Resource Officer at Watson Chapel School District, who initially learned of the incident and threats. Credible information indicated that the male juvenile was in possession of a handgun and planned to bring the gun onto the campus of the Watson Chapel Junior High School today for the purpose of shooting classmate(s).

At approximately 6:45 a.m. on Saturday while en route to school, the juvenile was located in the area of Hwy 65/Hwy 81 near the Love’s Truck Stop. Capt. Brunson, who oversees the enforcement efforts of G.R.I.P, assisted by Patrol Sergeant Special Mills and Patrol Deputy Rodney Allen conducted a traffic stop and took the juvenile into custody. At the time of the juvenile’s arrest stolen loaded handgun and drugs were recovered in the juvenile’s possession.

At this time, the juvenile is being held at the Jack Jones Juvenile Justice Center on probable cause for one (1) felony count of aggravated assault, theft by receiving, possession of a controlled substance, and carrying a weapon.

“I am extremely proud of Captain Brunson and the members of G.R.I.P. for their commitment for the safety of the youth within our schools. There is no more important endeavor than safeguarding the welfare of our children and youth. Creating safe and supportive schools is central to the creation of the G.R.I.P. and must be a priority for everyone. School safety is not achieved with a single program or piece of security equipment. Rather, effective school safety starts with prevention and G.R.I.P. is committed to that and more. For as long as I am Sheriff, the Jefferson County Sheriff’s Office through initiatives such as G.R.I.P., will continue to provide for students’ mental health; integrate physical and psychological safety; and engage schools, families, and communities as partners. We know what works, but schools need the resources-financial and human-to implement and sustain the practices that will truly make our children and schools safe from the inside out. Althoug h we recently learned that we were not successful in our federal grant award for G.R.I.P. funding, we are pleased with Governor Hutchinson and his leadership, along with Pine Bluff School District Superintendent Barbara Warren and Sixth Division Juvenile Circuit Court Judge Earnest Brown, Jr. with helping secure the initial funding to begin the work of G.R.I.P.” said Sheriff Lafayette Woods, Jr.