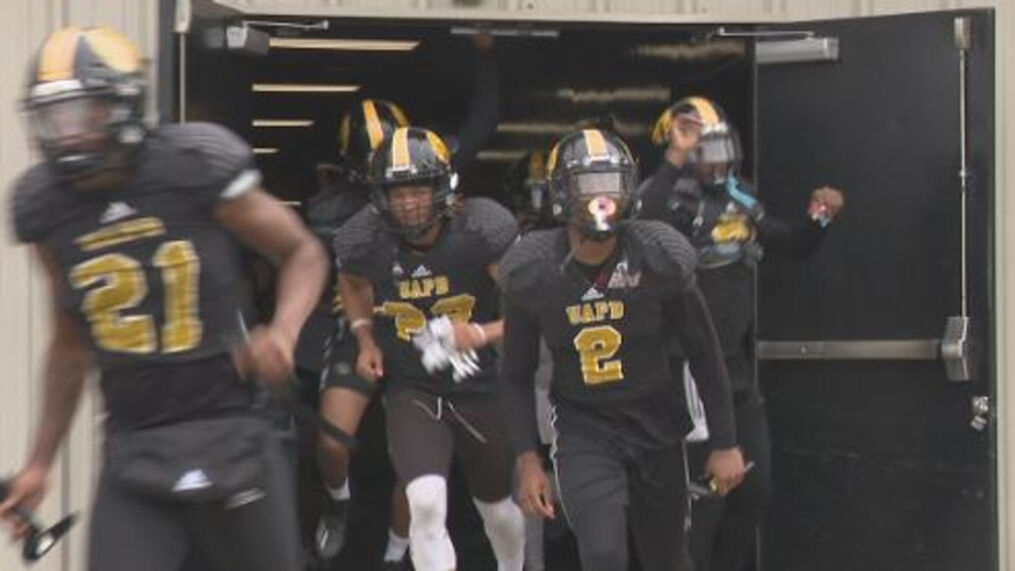 Pine Bluff — Throughout the year, officials with the city of Pine Bluff said they have faced many challenges including having the first patient with COVID-19 in the state to a water main break due to a winter storm.

However, Pine Bluff Mayor Shirley Washington said there is a bright spot and it’s the University of Arkansas at Pine Bluff football team. She said the football team is bringing the community closer together.

“This is going to build and boost morale like nothing else could have. I think it’s lifting spirits not just for the students, but throughout the city, and throughout Jefferson County,” Washington said. “We’re inspired and it’s boosted our level of pride. I think right now, we can hear those Golden Lions roar.”

The Lions have advanced to the conference championship for the first time since 2012. They will play against Alabama A&M University in Jackson, Mississippi.

Washington said this team’s success is the type of positivity the city needs after everything the community has endured since the coronavirus pandemic started last year.

“I think that stadium is going to be full of UAPB alumni and students on May 1,” Washington said. “I believe it’s going to be the biggest moral boost that we’ve had in a very, very long time as we do rise from the ashes. Pine Bluff will rise.”

Golden Lions Head Football Coach, Doc Gamble, said this is the best start they have had since 1984.

Gamble was hired to take the head coaching position in April 2020, but has worked with the team since 2018. He said their winning streak is a team effort.

“If we’re just a coach-led team we’re gonna be ok, but we’re not just coach-led team, we’re a coach and player-led team,” Gamble said. “We’ve been developing leaders but some of those guys just have it naturally in them, and it starts with our senior class.”

According to Washington, the football team’s success is a culmination of the hardships their community has endured throughout the pandemic.

“These students have gone through the COVID, they’ve gone through the water pressure fall, they had to be inconvenienced by bussing them out too Little Rock and hotels,” Washington said. “They’ve shown us that they know how to persevere.”

Gamble said it’s the resiliency with his student-athletes that has gotten them to this point in the season, and how they will win a championship.

“We’re all in it together, but we want to make sure that we’re doing what we have to do to allow everybody to smile, be happy, to enjoy the handshakes and the pats on the back,” Gamble said. “So when we win, we all win.”

According to Washington, this season’s success could increase enrollment at UAPB for the summer and fall semesters.

The championship game is scheduled to be played on Saturday, May 1 at 2:00 pm CST and will be broadcast live on ESPN2 and will available live and on-demand on the Watch ESPN App.