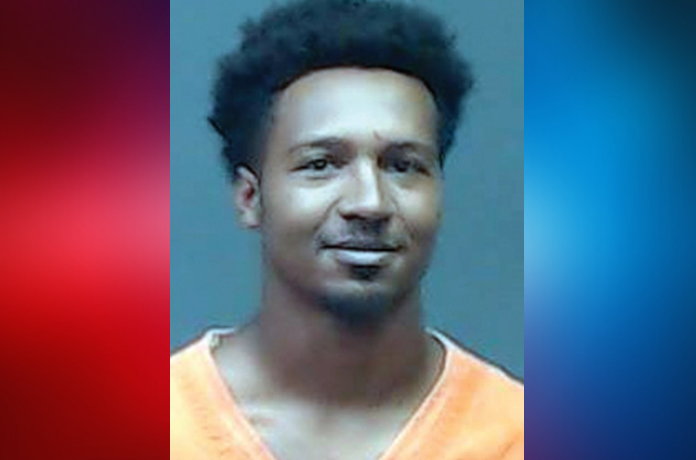 While the suspect was pending court hearings for two separate cases and he was out on bonds for both of the cases, he allegedly strangled his wife leaving her dead on the couch in her home until victim’s friends found the body while the suspect was leaving the home.

The suspect, identified as the 27-year-old Travis T., is believed to have broken in his girlfriend’s apartment, killing her and telling her friends she hasn’t returned home for two days despite the fact her car was parked outside.

If found guilty, the suspect will probably spend life in prison since he faces multiple charges for three separate cases, strangling his girlfriend and two more cases for which he was out on a bond and was waiting the first court hearings.

According to police reports, the body of the victim identified as the 29-year-old Jennifer G., was found by two of her friends after she didn’t come to work for two days. When they asked her boyfriend what is going on with Jennifer, he told them she hasn’t come home for two days.

Jennifer’s friends found these claims suspicious since this is first time for Jennifer to disappear without prior notice and they decided to check on her themselves. On August 12th, they parked the car in front of her house and waited for her boyfriend to leave the home so they can get in.

As soon as the suspect left the home, Jennifer’s friends entered the apartment just to find out her dead body distanced five feet from the entrance lying on the couch. Her face was covered in blood.

They immediately called the police and They arrived in the Texas home in a matte of minutes. Just when they were about to formally start the investigation, Travis returned at the residence now knowing authorities are already there and he was arrested as a main suspect in the death of Jennifer.

The suspect refused to answer all the questions to the officers and he was charged with murder since Jennifer’s body showed signs of strangulation, including broken blood vessels in her eyes and blood over her face.

“Petichiae are small ruptured blood vessels in the eyes caused by restricted air flow,” the affidavit states. “Often petichiae are present when a person is strangled.”

Crime scene investigators observed a scratch on Garrett’s right jaw and blood in her right nostril. Also noted was bruising on both sides of her chest between her neck and breasts. Such bruising could be caused by someone sitting on top of another person. Investigators estimated she had been dead between four and 12 hours.

The suspect is a well-known offender to authorities since the latest arrest was a third one for him since the start of the year. According to police reports, Travis has been arrested and charged with battery and two counts of terroristic acts in Arkansas.

The incident happened in February where he allegedly shot at a house, injuring one according to court records. He was released from the jail early March after posting a $50,000 bond.

The second arrest happened around two weeks prior to his latest arrest in the end of July. According to police, he was charged with a misdemeanor family violence assault in Texas. The assault allegedly involved an immediate family member. The suspect was released after posting a $5,000 bond.

In his latest arrest, the suspect has been charged with first-degree murder and he faces 5 to 99 years in prison. He has been jailed on a $3 million bond in Texas prison. If found guilty in all of cases, he will probably remain in jail for the rest of his life.

Mother leaves months-old baby locked in the car in three-digit temperature to go shopping for a few hours, the baby dies