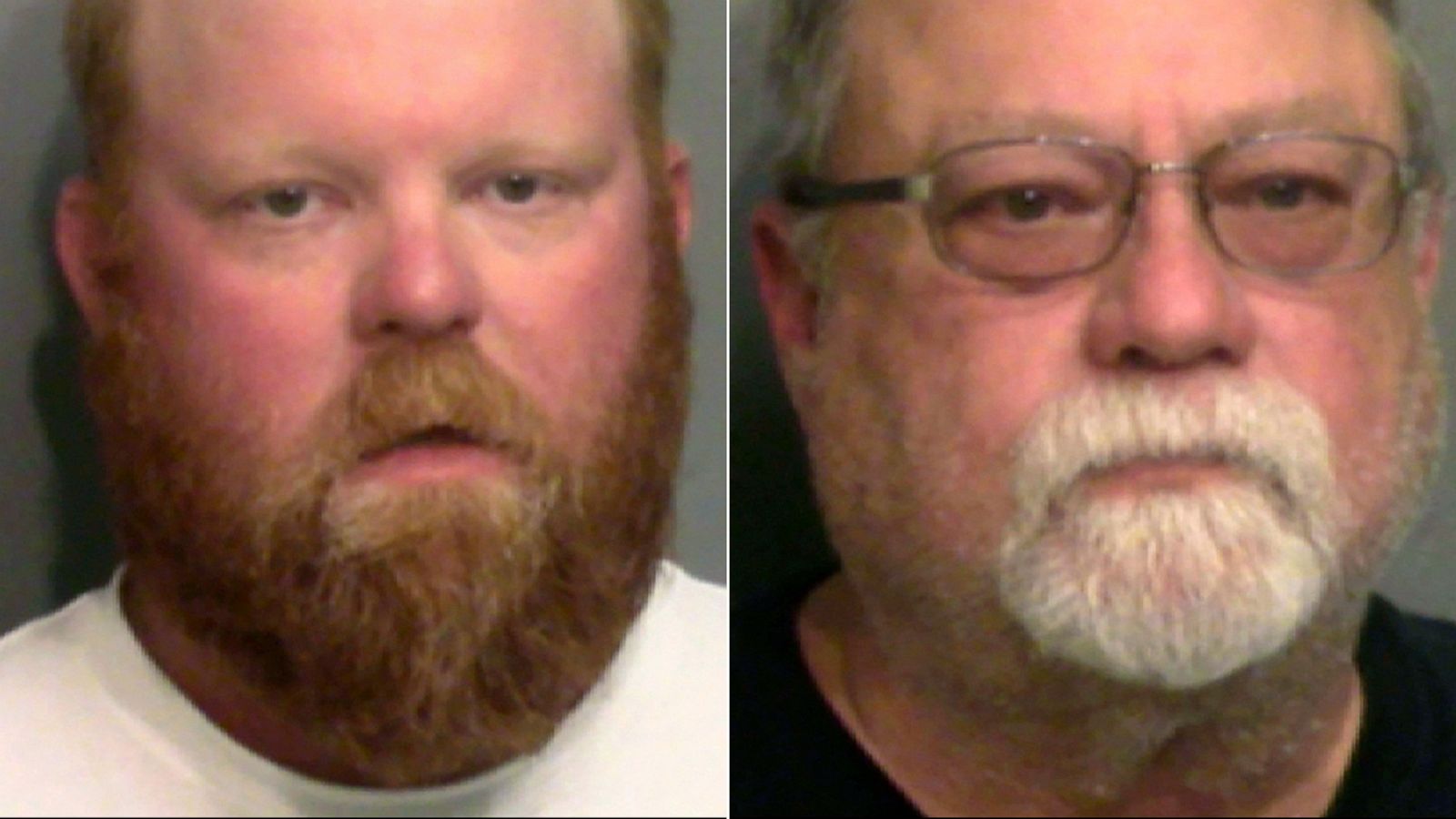 SAVANNAH, Ga. — More than two months after a black man was shot to death while jogging on a Sunday afternoon, Georgia investigators concluded that the facts show enough evidence to jail a white father and son on charges of felony murder and aggravated assault.

The investigation by local authorities appeared stalled until this week, when a video of the shooting was leaked and shared widely on social media, prompting outrage across the nation.

“All that matters is what the facts tell us,” Georgia Bureau of Investigation Director Vic Reynolds said Friday, noting that his agency brought charges a day after it was brought into the case.

Reynolds said “every stone will be uncovered” in the investigation now that Gregory and Travis McMichael have been booked into the Glynn County Jail in the Feb. 23 shooting of Ahmaud Arbery.

Addressing the question of racial intent, Reynolds noted that Georgia has no hate crime law. That has prompted many civil rights activists to call for a federal investigation. A group of professional athletes joined that call Friday in a letter to Attorney General Bill Barr and FBI director Christopher Wray.

The McMichaels told police they pursued Arbery, with another person recording them on video, after spotting him running in their neighborhood. The father and son said they thought he matched the appearance of a burglary suspect who they said had been recorded on a surveillance camera some time before.

Arbery’s mother, Wanda Cooper Jones, has said she thinks her son, a former high school football player, was just jogging in the Satilla Shores neighborhood before he was killed.

Arbery would have turned 26 on Friday, and a crowd of several hundred people, most wearing masks, sang “Happy Birthday” in his honor outside the Glynn County Courthouse. Many expressed frustration at the long wait before arrests were made and fears that the justice system will fail them.

“The work is just beginning,” John Perry, president of the Brunswick NAACP chapter, told the crowd. “We can’t stop now. We can’t lose focus and we’ve got to make sure the prosecution gets done.”

Anthony Johnson, 40, said Arbery was his neighbor for about a decade. He said he wants to see the McMichaels get the same treatment in the legal system as black defendants.

“Just arresting them, that ain’t doing nothing,” Johnson said. “We want them convicted. We want them sent to prison for life.”

The father and son, both wearing orange jumpsuits, appeared individually from jail on a videoconference screen in the courtroom of Magistrate Judge Wallace Harrell. Inmates aren’t appearing in person because of the coronavirus.

The judge spent roughly a minute reading each man his rights and the charges faced. A Superior Court judge will have to decide whether to grant them bond.

The McMichaels spoke only when asked to confirm their names. Neither had attorneys representing them in court. No further hearing dates were scheduled.

The felony murder charges against Gregory McMichael, 64, and Travis McMichael, 34, mean that a victim was killed during the commission of an underlying felony, in this case aggravated assault. The charge doesn’t require intent to kill.

A murder conviction in Georgia is automatically punishable by life in prison, either with or without the possibility of parole. A prosecutor can also seek the death penalty in a murder case if certain aggravating circumstances exist.

Some of the encounter was apparently recorded in two 911 calls, with a dispatcher trying to understand the problem.

“There’s a black male running down the street,” the caller says.

“I just need to know what he was doing wrong,” the dispatcher responds, in part.

In a second call six minutes later, someone can be heard yelling “Stop. … Dammit. Stop.” Then, after a pause, “Travis!”

Gregory McMichael retired last year as an investigator for Glynn County District Attorney Jackie Johnson; the connection caused Johnson to recuse herself. Waycross D.A. George E. Barnhill then got the case before recusing himself under pressure from Arbery’s family because his son works in Johnson’s office.

Tom Durden, the outside prosecutor overseeing the case, had said he wanted a grand jury to decide whether charges are warranted, but Georgia courts are still largely closed because of the coronavirus. Durden said Friday that he won’t bow to public pressure from one side or another.

The leaked video shows a black man running at a jogging pace. The truck is stopped in the road ahead of him, with one of the white men standing in the pickup’s bed and the other beside the open driver’s side door.

The running man attempts to pass the pickup on the passenger side, moving just beyond the truck, briefly outside the camera’s view. A gunshot sounds, and the video shows the runner grappling with a man over what appears to be a shotgun or rifle. A second shot can be heard, and the runner can be seen punching the man. A third shot is fired at point-blank range. The runner staggers a few feet and falls face down.

Brunswick defense attorney Alan Tucker identified himself Thursday as the person who shared the video with the radio station. He did not say how he obtained it. In a statement, Tucker said he wasn’t representing anyone involved. He said he shared the video “because my community was being ripped apart by erroneous accusations and assumptions.”

The outcry over the killing reached the White House, where President Donald Trump offered condolences to Arbery’s family.

“It’s a heartbreak … very rough, rough stuff,” Trump added. “Justice getting done is what solves that problem. It’s in the hands of the governor and I’m sure he’ll do the right thing.”