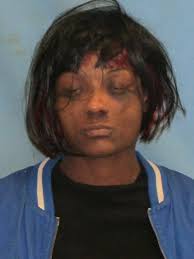 LITTLE ROCK — Pine Bluff police have made an arrest in connection with a fatal stabbing.

On Thursday around 2 p.m., officers responded to the 100 block of Talbot Street regarding a welfare check. They found Armechi Morgan, 48, lying inside the home unresponsive.

Police say Morgan was pronounced dead at the scene from what appeared to be multiple stab wounds. Breanna Moses, 26, was booked into the Jefferson County jail on Friday. She is charged with first-degree murder.

This is the city’s 5th homicide of the year.