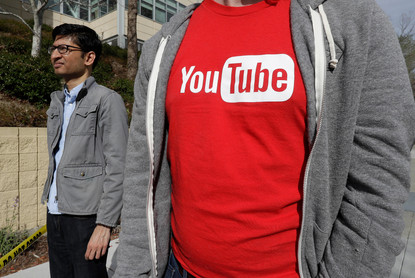 WASHINGTON  — Republican lawmakers on Capitol Hill are once again accusing social media companies of bias, following a move by YouTube (owned by Google) in which the company removed a video with millions of views of the hearing.

The video is still able to be viewed on the Senate Homeland Security Website, and in his opening statement, Dr. Pierre Kory said under oath, “I have done nothing but commit myself to scientific truth and the care of patients.”

In a statement to Fox News, YouTube stated, “We enforce our community guidelines consistently, regardless of speaker and without regard to political viewpoints. In accordance with our COVID-19 misinformation policy, we removed the two videos in question.”

“Mountains of data have emerged from many centers and countries around the world, showing the miraculous effectiveness of ivermectin. It basically obliterates transmission of this virus,” Dr. Kory said about the use of an FDA-approved drug currently used to treat parasitic infections, but not approved as a drug to treat COVID-19.

In removing the testimony from YouTube, Sen. Ron Johnson, R-Wis., who was Chairman of the Senate Homeland Security Committee, calls it “censorship.”

“I don’t view these medical treatments of repurposed drugs as conservative or liberal, but for whatever reason, COVID became political. It’s very unfortunate and from my standpoint, it’s probably cost tens of thousands of people their lives,” Johnson said in an interview Thursday.

Democrats have also accused social media companies of having too much power – promising antitrust legislation in the coming weeks.

So far, lawmakers in Washington have been unable to come to an agreement on what sort of steps to take or regulations to implement. However, there are new actions being taken at the state level.

In North Dakota, GOP lawmakers introduced a bill that would allow residents to sue social media companies if their legally permitted speech is “restricted, censored, or suppressed.” In Oklahoma, legislation is in the works to allow the state to fine big tech firms for instances of censorship. And in Florida, Republican Gov. Ron Desantis is taking it even further, proposing to fine tech companies $100,000 per day for de-platforming candidates for elected office in his state.

“Big tech has come to look more like big brother with each passing day,” Desantis said this week.

Other local politicians are calling such actions “politically motivated” and a distraction from bigger issues like battling the coronavirus pandemic.

“Those are the things we need to be focused on, but again we’re focused on bright shiny objects like big tech censorship,” Rep. Omari Hardy, D, a Florida state representative told CBS 12 in West Palm Beach.

This debate is playing out as social media companies face a mounting challenge of their own: how to combat disinformation and violence planned on their sites — a game of tug-of-war growing more dramatic online.

US missionary gets 15 years for sex abuse at Kenya orphanage