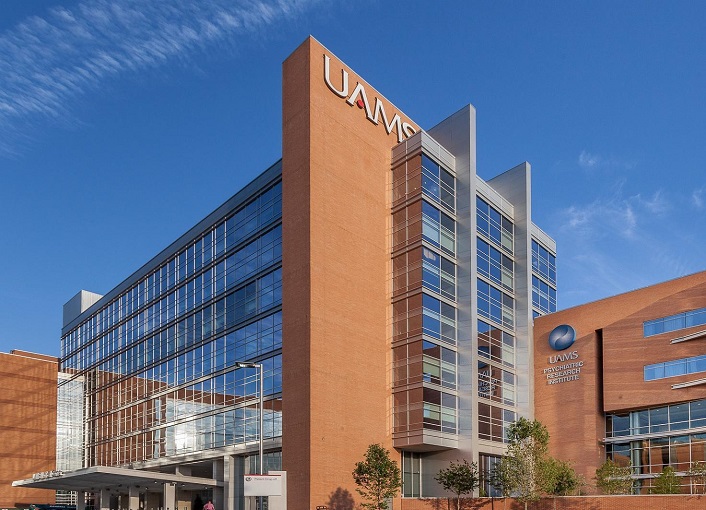 Arkansas – No ICU beds in the hospitals, healthcare workers shortage, high number of cases, hospitalizations and deaths on a daily basis, infected students, this is how the Covid-19 situation in the state looks like. And according to UAMS, it won’t change soon.

In a Tuesday announcement from the capitol, Arkansas Gov. Asa Hutchinson confirmed what we already know, no ICU beds are available in Arkansas hospitals despite their effort to increase the number of beds.

In the same occasion, governor said the state and health officials expect the number to grow at least until mid-September.

Hutchinson was accompanied by the Arkansas Secretary of Health Dr. Jose Romero who said that less than 50% of the ICU beds are currently used for Covid patients, but the recent wave is so strong that the number of hospitalizations is grown and they can’t meet the demand.

“It clearly shows that we have an ongoing infection and the infection is significant and severe. The way out of this…is vaccination,” Romero said of the bed capacity numbers, adding later that the treatment of monoclonal antibodies had so far reduced serious disease among the infected by up to 80%.

Although the number of vaccines given in the last two weeks is improved, the governor once again urged the unvaccinated to get the shot as soon as possible if we want to end the pandemic. The increasing vaccination rate is a result of the latest wave and officials’ effort to explain the residents the benefits of the vaccines.

“I share that because everybody should be aware of the strain that this is on our hospitals and the need to get our vaccinations, and how critical our bed space is. It fluctuates day by day, but right now because of the increased number of COVID patients that need that type of ICU care, those beds are full right now,” the governor said.

Hutchinson added that prior to his announcement, he spoke with the White House and they informed him the first doses of the booster doses of the vaccines will be available no earlier than September 20th.

Also on Tuesday, the Fay Boozman College of Public Health at the University of Arkansas for Medical Sciences projected that the state could see around 3,000 new COVID cases a day, rising to a cumulative of 532,846 by Sept. 13. As of Aug. 23, the cumulative total was 436,242.

“If our forecasts hold true, Arkansas will cross a new milestone. By Aug. 30, more than 7,000 Arkansans will have died of COVID-19. If this forecast holds true, COVID-19 will have killed more Arkansans than all the wars in the 20th and 21st centuries,” UAMS authors noted in the report.

While Arkansas health officials continue to explain the benefits of the vaccine to the vaccine hesitant, Pine Bluff vaccination site is seeing increasing demand