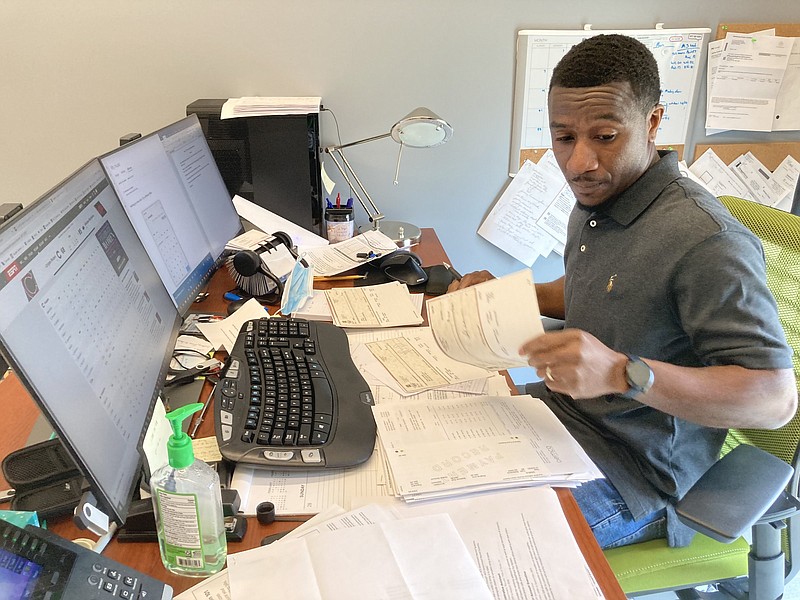 Assistant Library Director Ricky Williams will take over as interim director of the Pine Bluff-Jefferson County Library System on April 3, according to library officials.

Williams, 36, has been with the system for four years. He was the information technology director before becoming assistant to Director Bobbie Morgan, whose last day will be April. 2.

Tom Owens, president of the library’s board of trustees, said a search committee made up of board members had started doing research on finding a new director and would provide the rest of the board with an update on its progress at the April board meeting.

Owens said he did not think the search committee had set a date for finding a replacement for Morgan but said the library system was in good hands.

Morgan was hired in late 2017. Toward the end of 2020, she worked out a plan with the board to work remotely until her April retirement date, but that plan fell apart when newly appointed board members said she had to work in person. She had already moved away from Pine Bluff but came back in January to finish out her time. She had said she wanted to work off-site because she had several medical conditions that would be complicating factors if she were to be infected with the coronavirus.

Williams has been a key figure in the library hierarchy, particularly in the past couple of years. During that time, a new central library in downtown Pine Bluff was built and four other library branches had significant upgrades. As the IT director, Williams was responsible for designing upgrades to many systems within each library.

“Phones, AV, computers, training labs, — if you can plug it into a wall, I pretty much did it,” he said, pausing Friday from paying bills and signing checks. “Anything dealing with technology, I pretty much spec’d out.”

Although the main branch is open, Williams said there is still some work to do. He said in the children’s area upstairs, he wants to add some insulation or a drop ceiling. The problem, he said, is that when it rains, “the noise is at a level we aren’t happy with.”

Williams said he also wants to make sure other projects go forward. One of those, a literacy walk, would use signage outside and inside the Pine Bluff library to highlight individuals who have played a part in furthering literacy in the city, such as local authors.

Another is the summer reading program, which is a yearly favorite in the city, he said.

“I want to see our programming ramp up,” he said, noting that some events will be slow to bring back because of the public’s fear of covid. “I have some things on my plate and ideas for some things that I’d like to push forward.”

Asked if he were interested in applying for the director’s position, Williams said he could not because the position requires a master’s degree in library science.

In the meantime, however, Williams said he was eager to serve as interim director.

“I will be acting in place of the director as interim,” he said, “and that pretty much includes everything.”